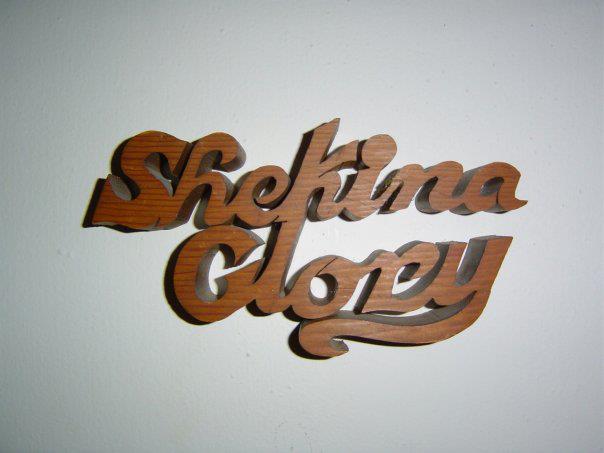 Shekina Glory performed music as a regional midwest Christian Rock band, started in 1975 by Al Ruechel and Brent Larson after they met in a Telecommunicative Arts class at Iowa State University in Ames, Iowa. Al served as a youth counselor at Riverside Bible camp in Story City, Iowa, and performed and recorded with two Lutheran mission-oriented folk-style groups named "Crossfire" and "New Dawn", in which he sang and played guitar. Brent played bass with a folk-style Christian group named "Jesus Is Life", formerly named "Currently Untitled". 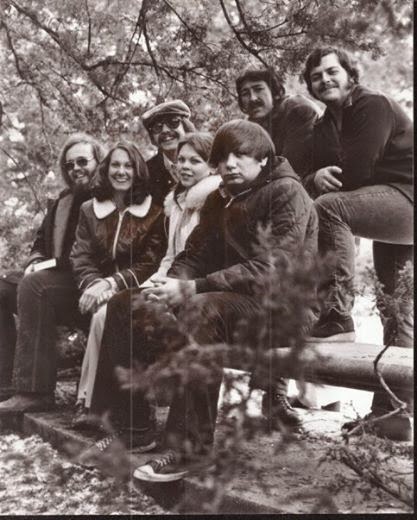 The band Shekina Glory came together by recruiting some musician friends: Joan Whipple, for keyboards/vocals, and with whom Brent had performed at various Christian coffee houses in the area; Russ Musilek, for lead guitar/vocals, and Laurie Hoifeldt, for flute/vocals, and both of whom Brent knew from high school in Boone, Iowa; Dan Dobell, for drums, and whom Al had met during one of Al's youth camps.Finding a common interest in presenting the Gospel in a contemporary music format to the youth of the region, they formed Shekina Glory starting in the summer of 1975 and had their first rehearsal at the house of a guy named Steve. In discussing the band's musical persona, they decided to step their sound from the prevalent folk genre to a much heavier, rock sound, which was not readily accepted in many of the area's protestant churches of that time.

One of the founders of the Jesus Music movement in the late 1960s and early 1970s, Larry Norman, was influential to the band's sound, as well as were other Christian Rock groups of that era. One of the distinctives of Shekina Glory was the amalgamated repertoire of their original songs and their band's arrangements of songs by other groups, including Paul Clark, The Way, and Lamb. At that time, few churches in the area were receptive to this new and powerful, and loud, style of music, so the band played venues such as Christian coffee houses, youth rallies, and college campuses.In late Winter 1976, Shekina Glory took the next step: they put pedal to metal and caravanned to the far remote regions of northwest Iowa, on a quest to record a Long Play Album at the legendary Iowa Great Lakes Recording Studios in Milford, Iowa. They loaded in their gear and set up their spaces and soon were laying down major tracks in the studio for a vinyl LP album titled "Shekina Glory: Have You Considered?" consisting of original songs written by Al Ruechel and performed by the band. The album has since then become a Christian garage-band classic and given a stellar review in Archivist (Vintage Vinyl Jesus Music, 1965-1980) by Ken Scott.

In May 1976, the band took the next next step: they made their debut on the small screen by filming and recording an original half-hour television show at WOI-TV in Ames, Iowa. The show is titled "Those Old Sacred Cows" and written as a graduate class project by Al Reuchel for local broadcasting at that station. The show includes several drama vignettes by the band-turned-sketch-comedy-players, plying their craft silent-movie style on location in a variety of urban settings and climatic conditions, including one nod to quasi-classical mythology which they filmed on the street during a midspring snowfall on the first day of May, the players draped in brightly colored bedsheets of relatively low threadcount.

The show also includes several music performances by the band, in the requisite 1970s period dress including disco era polyester, was filmed in the tv studios in Ames. The music performance segments consist of three of the band's original songs, presented in the spirit of being an offering and witness for Jesus Christ to the youth of the area. Today, this entire half-hour tv show of pure 1976 vintage can be viewed at any time, in three individual ten-minute installments, on the youtube.com website online.

The band performed together in local venues and road trip tours throughout the midwest region to the latter part of 1976, at which time Al received and accepted an offer for a job out of the area. For Shekina Glory, their experiences together have inspired them on to continue in music. 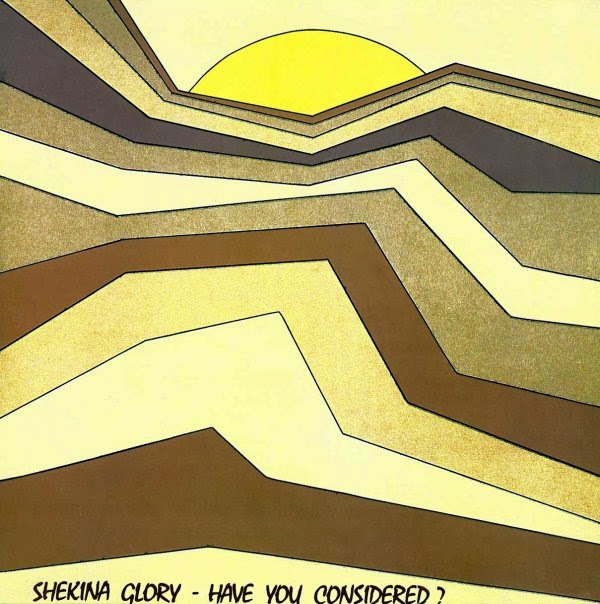 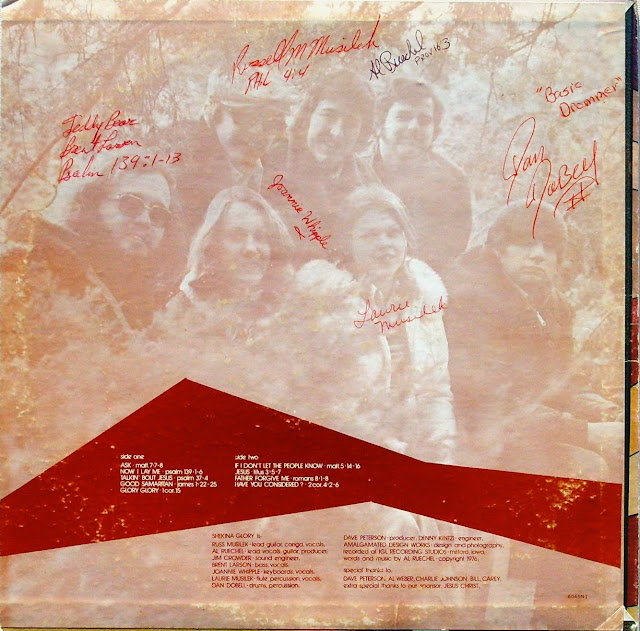