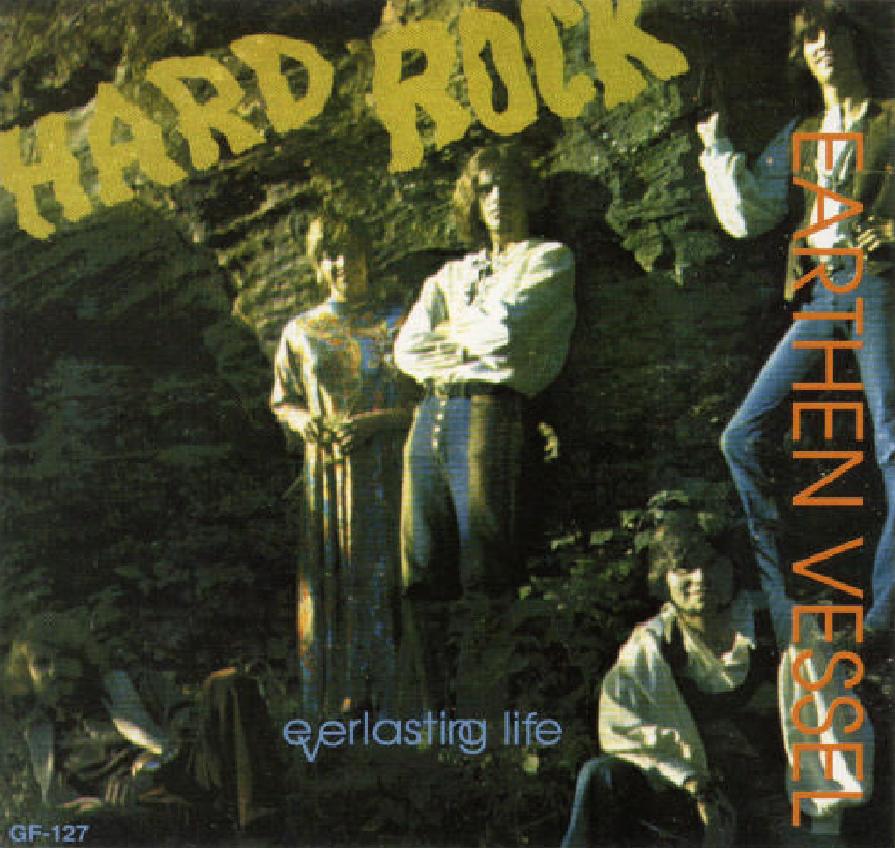 "EARTHEN VESSEL" was one of the quintessential "Jesus Rock" bands in the Midwest for an 18-month period during 1970-1971. The "Jesus Movement," a sort of counter-cultural church youth group, was rapidly growing in California in 1970. Native Californian Dave Caudill had been working for Campus Crusade for Christ at its San Bernadino headquarters in summer 1970 and he was exposed to the Movement, at which he witnessed numerous Christian folk and rock groups.


When he returned to Michigan State University that fall for his sophomore year, he began performing solo for a Nazarene youth group at a church where Leon Morton was working. At the time, Morton, a former tenor in a gospel quartet, and his partner in the newly formed Balton Enterprises, Inc., Walter Ballard, were putting together a Christian rock group in Lansing, MI. They had already secured the skills of Juilliard-trained Eddie Johnson on drums; bassist John Sprunger, who had played trumpet on a Buckingham's album and bass for the northern Illinois band Commonwealth; and vocalist Sharon Keel and vocalist/keyboardist Ken Fitch, both from a Nazarene college in Illinois.

Morton invited Caudill to join the band, and with his addition on guitar, the Rare Ones (quickly changed to Earthen Vessel, a biblical reference) were born. Morton and Ballard managed the band and its warm-up act, folksinger Lillie Crozier. Earthen Vessel began practicing in the fall of 1970, writing original songs and playing at the Catacombs, a Christian coffeehouse in Lansing operated by Balton Enterprises. The band wanted to be both an evangelistic ministry and a high-powered, high-volume, full-on acid rock band, minus, of course, the acid and other psychedelic drugs. (In fact, Earthen Vessel often performed at anti-drug rallies at area high schools in the towns they were performing in on any given night.)
This caused a few problems for the band; even though their music was distinctly Christian, the fact that they were also unabashedly psychedelic offended some church leaders, who sometimes falsely concluded that the bandmembers were on drugs and generally living the rock & roll lifestyle. Yet that was exactly the goal of the band: they wanted to provide a counter-cultural image of religious life that countered the traditional (and narrow) Christian image. By the summer of 1971, the band was playing outdoor festivals throughout the Midwest as well as at various Christian music festivals and functions.

They even scheduled a nine-day tour of Sweden, though after a particularly loud concert in Stockholm on the first night of the tour, Earthen Vessel was banned from playing again and Caudill had to finish the tour as a solo folksinger. They toured in a gutted-out bus with a bedroom in the back for Keel and bunk beds in the middle for the rest of the guys. West Laboratories, which Sprunger worked for, provided the band with amplifiers. The band had enough original material for an album by that summer and Morton arranged for NPR Records' Dave Mathes to produce the album at Monument Studios in Nashville.

The eponymous album was released in 1971, but it did not sell as well as the band had hoped. The grueling wear of the road and the album's failure, as well as the various college and career plans, coaxed the band members into disbanding by the summer of 1972. A new Earthen Vessel was formed with Sharon Keel out front, but it did not last long. Gear Fab reissued the album straight from the masters on CD in 1999.


Earthen Vessel - You Can