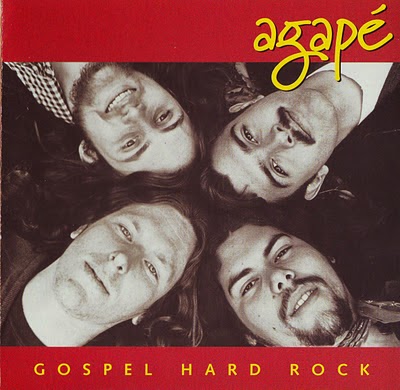 One of the first hard rock Jesus music bands formed around the talent of Fred Caban during the early stages of what became known as the Jesus People movement. Born and raised in California, the counterculture’s music scene offered an intimate glimpse into rock 'n 'roll life-styles of such guitar phenoms as Jimi Hendrix, after whom the budding musician patterned his style.
Upon graduating from an Azusa high school in the spring of 1968, he and his bandmates squeezed into a small Volkswagen van in search of venues to perform. One night, while they stopped in at a Huntington Beach called the Lightclub, they met and were befriended by a group of enthusiastic teenagers whom Caban described as being "totally immersed with the message of Christ."

The Lightclub coffeehouse by this time had been taken over by David Berg and family, the genesis point of what would eventually become the Children of God. After accepting a small Gospel of John, the band proceeded to find shelter for the night. As was the testimony of many other transients, contact with "Christianized" hippies intensified Caban's personal search for truth. Though not totally understanding the "Lightclubber's” message, he began praying for an introduction to "whomever was out there."

When Caban returned to the van he shared his experience and found that fellow bandmate Jeff Newman had also undergone a spiritual conversion. The two fledgling Christians returned to the coffeehouse where they were both baptized. The next day the group returned to Azusa.


Within months of his conversion, Caban formed another band naming it Agape, the Greek word for God's love. Having previously established himself as a guitarist of some merit in the Azusa area, the three member outfit, which included Mike Jungkman on drums and Ms. Lonnie Campbell on bass, capitalized on his name to gather initial crowds. During the days immediately following each of their respective conversions, Agape's vision became evangelistic - desiring to share their experience with their peers.
Where previously their goals had been to gain the attention of local recording companies, Agape functioned as one of the first musical missionary, Jesus people bands. Of their stage protocol and evangelistic fervor Caban stated, "We'd play one or two songs - we'd jam,. we'd blow them away - and then boom, we'd start preaching.....and people would actually stick around and listen."

Within six months a group of 50 young converts had joined the trio as a loose amalgamation of spiritually searching teenagers who gathered together for Bible studies and strategy sessions to promote the band's concerts. Caban recalled that it was a totally spontaneous gathering of friends; "It never dawned on us to enter a church. There was no structure but we didn't know that. We were just enjoying what was happening and taking it one day at a time.” During the formative stages of their initial phase of recruitment the band members functioned as the unofficial leadership.


Agape played a number or venues throughout the California area including a number of performances at Hollywood Presbyterian’s Salt Company coffeehouse. Their appearances there ran concurrent with the ascendancy of another premier Jesus musician. Both Agape and Larry Norman blossomed as Jesus music forces at the same time. At one point the singer invited Agape into a recording studio in an attempt to help them with their own recording career. Though nothing permanent came from this meeting, Agape eventually approached local record producer Martin Jones with the desire of recording an album. Offered free studio time between midnight and 6:00 am, Agape recorded Gospel Hard Rock [1971].


It was during the recording of this first release that the band met Ron Turner, who was studying at Azusa Pacific College with the hopes of entering the ministry. Raised in the Presbyterian church, Turner was mentored by Don Williams, then youth pastor of the Hollywood First Presbyterian Church. During his studies, Turner was a youth pastor at Arcadia Community Church which opened up to the band’s small entourage to join for worship service and concert performances. For a period of three years, Turner increasingly took on more responsibility in the group, initially speaking at the band’s performances, but eventually becoming the shepherd figure over the growing congregation. Meeting regularly in Covina Park, the loosely structured group grew to over 500. 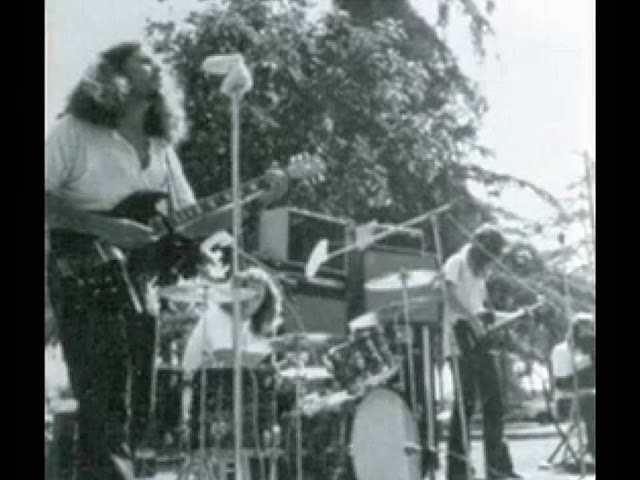 As a musical entity, the Agape hard rock gained a large following throughout the west coast, sharing stages with other Jesus music bands like Love Song and JC Power Outlet, playing the popular Gazzari's Hollywood-A-Go-Go, and invited to share the bill at the first California Jesus Festivals held at the Hollywood Palladium in 1971. Though some believed their music was a compromise in it's close imitation of other 'worldly' rock bands, none of the members backed down from their vision of what they felt their music should project. Caban states, "We were basically a secular rock band that became Christians. 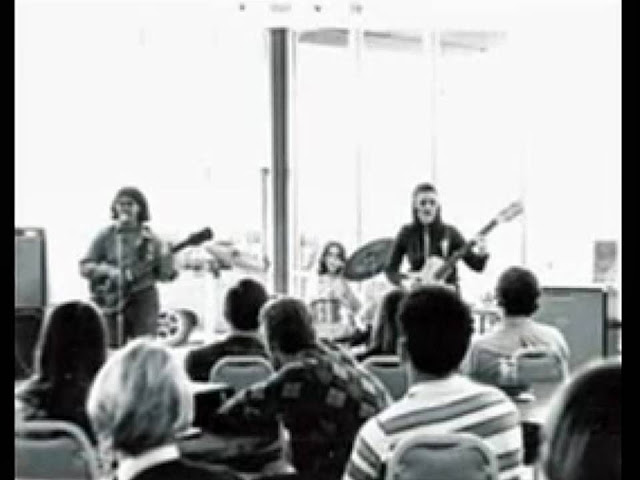 When we got on stage we played it as hard as we did before. But where we had previously been selfish and desiring fortune and fame, we now sang about our faith in Jesus Christ. Nothing on the outside changed. We had been transformed from within." Jesus music historian Paul Baker wrote of Agape that, "they played Jesus rock at it's crustiest - music which cut through the thickest defenses of the non-Christian rock fans. For those to whom hard rock music was language, Agape... spoke-clearly."'
The band added keyboardist Jim Hess and released "Victims of Tradition" in 1972, which featured a more progressive approach, as well as a front cover that pictured the group performing in a graveyard.


Though they toured for six years as the first itinerant, rock ‘n roll missionaries of the Jesus people, Agape disbanded with a farewell concert on December 13, 1974. Their legacy in the annals of contemporary Christian music has yet to be fully appreciated.