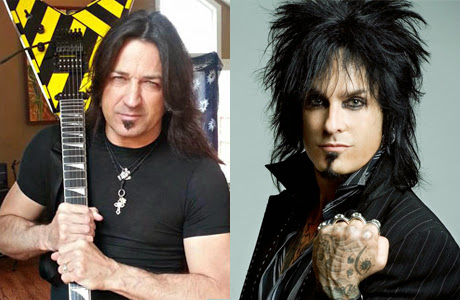 Sweet has offered a response after Sixx offered a sharp take on Sweet's criticism of Motley Crue's past autobiography, 'The Dirt.'

It all started, after on a interview with Michael Sweet, made ​​some comments about the Book of Motley Crue, and "Nikki Sixx". Later, Nikki, would write a post on his Facebook page:

“Non addicts talking s— about people who have fought for their live's to beat their addiction ….. ‪#‎MichaelSweet‬ ‪#‎OhHeHasABookForSale‬?

On May 9, Michael apologized and gave an explanation of your comments through her Facebook page, stating he meant no disrespect:

"I meant no disrespect to @NikkiSixx or @MotleyCrue and certainly not to addicts or recovering addicts. I was simply trying to convey the importance of not believing everything you hear (rumors) and giving my own opinion of some of the over-embellishments (in my opinion) that some autobiographies seem to portray. I've never even met Nikki before and I have nothing bad to say about him. I do believe that my words were taken out of context but then again, that happens to all of us from time to time. Here's what I wrote in my book:

If you've picked up this book in hopes of reading stories about me hiding in a closet shooting up heroin, buying prostitutes with all my earnings or beating the crap out of a club owner because he looked at me funny, you should probably read the Motley Cruebook instead, because you won't find that here. I’m not better than they are, but my story is different. I’m not an angel, either, and I think you'll find some pretty eye-opening stories, and I hope—whether you know my music or not—you'll find them enlightening or at least entertaining."

“Apology accepted … Addiction is a hard thing to understand, especially for people who have never lived through it … Good luck with your book Michael.”
Facebook Twitter