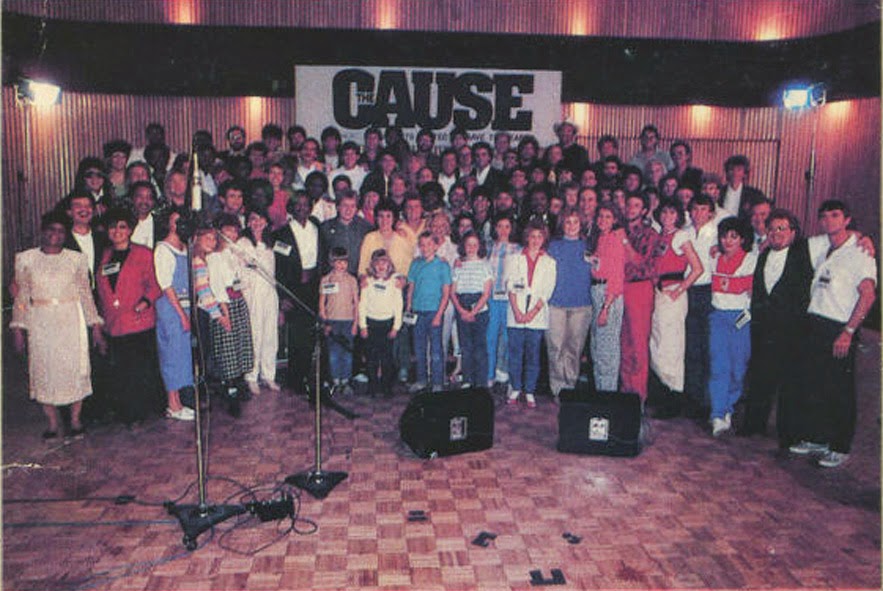 •   THE CAUSE (Christian Artists United to Save the Earth) | DO SOMETHING NOW! | THE VIDEO STORY

"The one-time assemblage of Christian artists known as CAUSE (Christian Artists United to Save the Earth) was organized by Steve Camp as a specifically Christian parallel to the Band Aid project launched by Bob Geldof.

The latter program brought artists in the United Kingdom together to sing the song "Do They Know It's Christmas?" as a benefit for victims of the ongoing famine in Ethiopia. A true media event, it inspired numerous such programs, the most famous of which was USA for Africa, a collection of American artists who sang "We Are the World," written by Michael Jackson and Lionel Richie.


The officially Christian version of this trend included ninety artists, and the proceeds from their song "Do Something Now" (written by Camp and Phil Madeira) went to the hunger organization Compassion International. The project was accorded the President's Merit Award." quote from Mark Allan Powell's "Encyclopedia of Contemporary Christian Music. 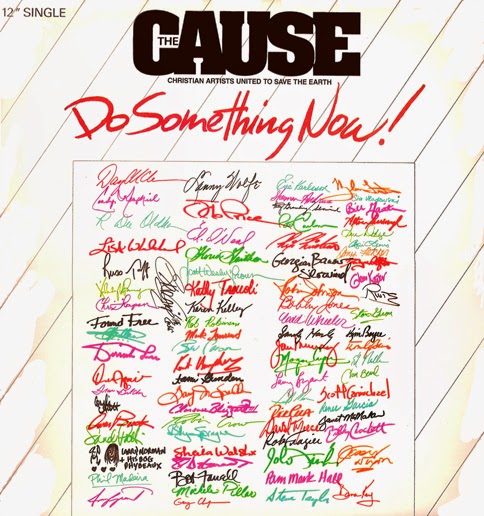 • Artwork details: None given

All proceeds from the sale and performance of this product will be donated to Compassion International which has pledged to use all funds to aid hurting people in Africa as well as other needy areas of the world.

Do Something Now! Words and music: Steve Camp and Phil Madeira