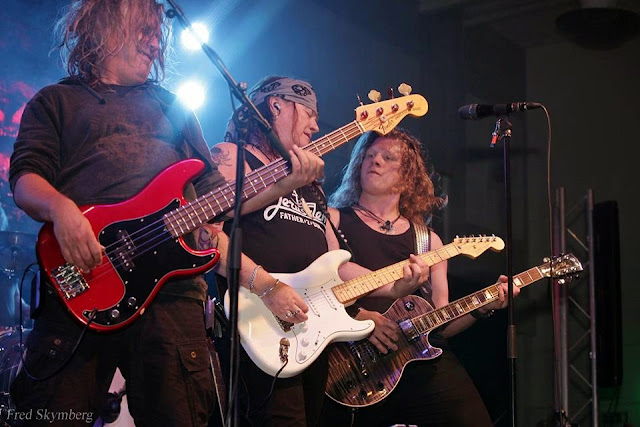 The purpose of the festival is to offer its audience the best possible mix of classic rock, hard rock, metal, blues and related genres. Some of the other participants are artists like All That Remains, Children of Bodom, Gloryhammer, Def Leppard, Eluveitie, Judas Priest, Mötley Crüe, Ace Frehley, Toto, Safemode, Backyard Babies, Mad Max, Slash, Hammerfall, Alestorm, Extreme, Delain, Hammerfall, Meshuggah and many more.


Jerusalem are one of Christian rocks longest running bands, whose history dates back to the 70’s (founded in 1975 by Ulf Christiansson). That can’t really be said about many Christian bands. And were, to the surprise of many, recognized internationally with ”Volume 2” (1980), an English version of their second album that originally had Swedish lyrics. The band’s melodic sound got heavier on ”Warrior” (1982) and melodic once more on ”Can’t stop us now” (1984) – both successful records. Since then, Jerusalem have been active only sporadically, but such albums as ”Prophet” (1994) and ”She” (2010) were still favorably received. Now the time has come for this highly competent and legendary band to board the stage at SRF.