30 Years Ago ... By any measure, Petra was at the height of its success as it toured for Not of This World and prepared to record a follow-up album. No Christian rock band had sold more records, played before bigger crowds or had enjoyed such pervasive radio airplay.

As Petra ended its tour and prepared to enter the studio, Slick left the band, and Petra again turned to Brown to produce what would ultimately be the last studio album of the Volz era. Looking for a more techno-influenced sound and down a keyboardist, Brown turned to a programmer to create keyboard, bass and drum sounds electronically, effectively sidelining Kelly and Weaver during the recording process and continuing a practice begun the previous album in which Brown sought someone other than Weaver to drum for the band inside the studio.Toward the end of recording the album, John Lawry, who had played with the band during the Not of This World tour after fulfilling his obligations to the Joe English Band, joined officially as Petra's newest keyboardist.

Beat the System was released in 1985, and it featured a dramatic departure from Petra's previous style, emphasizing keyboards, electronic drums and computerized sound effects. The techno-industrial record was a monster hit.

Helped in part by a newly inked distribution agreement between Word and A&M that would give Petra and other Word-distributed bands placement in mainstream music stores for the first time, Beat the System sold more than 200,000 copies in four months, and by the end of the year, Billboard had certified Petra as the biggest-selling gospel music group in the country. When it debuted at No. 18 on the Billboard Top 40 Inspirational LPs chart in February 1985, Beat the System trailed both Not of This World (No. 6 in its 56th week on the chart) and More Power to Ya (No. 15 in week 115). Not for long: It leapt to No. 4 on the next chart, giving Petra two top 10 albums for the first time, and by June it had taken over the top spot on the chart, which it held for more than two months. In the end, Beat the System was one of the nation's top two Christian albums for nearly half a year.

For its career, Petra topped the million-record mark in 1985, with 900,000 of them sold in the four years since Never Say Die. At the time of its release, Beat the System was the biggest Christian rock record ever recorded and the third-biggest Christian album of the 1980s (trailing only Amy Grant's Age to Age and Sandi Patti's Songs From the Heart), even though it did not produce any radio hits. By decade's end, Beat the System's impact on the Christian sales charts trailed only records by Grant, Patti, Steve Green and Michael W. Smith. Finally, the band was nominated for a Grammy for the second consecutive year, again for Best Gospel Performance by a Duo, Group, Choir or Chorus.


All songs written by Bob Hartman, except where noted. 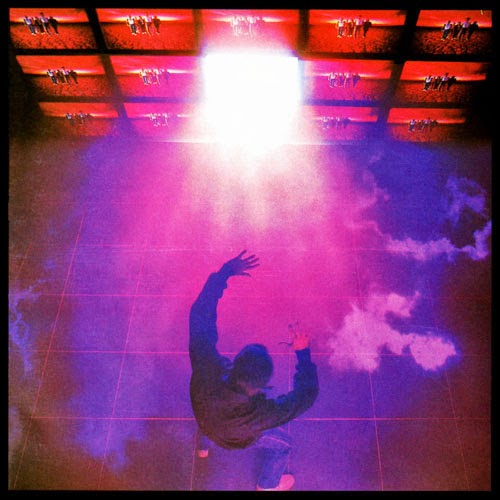 Track Information
The album includes the band's second cover of "God Gave Rock and Roll to You", the first being on 1977's Come and Join Us. While the album credits Argent's Russ Ballard as sole songwriter this version, like the earlier version, contains lyrics not heard in the original Argent version. Guitarist Bob Hartman stated that the recordings of some songs were left unfinished for the album and subsequently never released