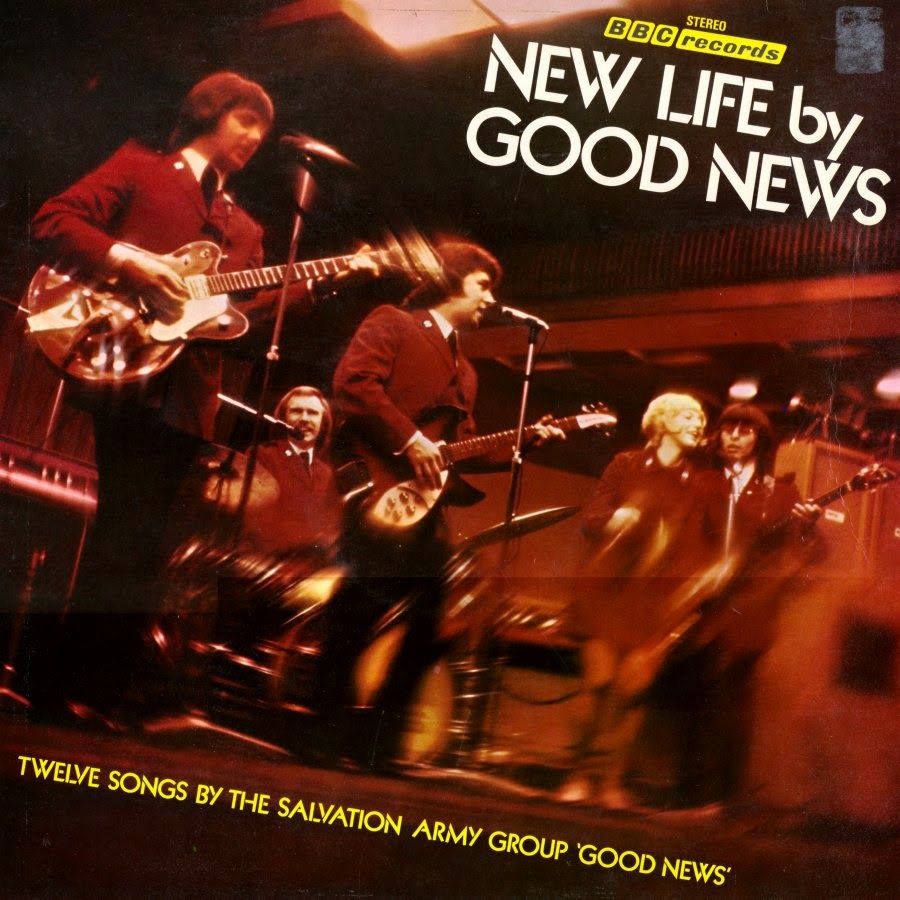 Apparently Joystrings wasn’t the only Salvation Army outreach rock band in England as the quintet Good News can attest. Can’t tell for sure but I think at least one member (Bill Davidson) was in both groups. A girl on tambourine, one guy on drums, and the other three with electric guitars (the one with the sunglasses looks straight outta something like The Lemon Pipers). As for the music — man, this baby cooks! With fuzz guitar firmly plugged in they confidently burst forth with garage band fervor on the monster opening track ‘Spirit’. Ditto for their punchy rewrite of Joystrings’ ‘Long Lost Cause’ which swipes the riff off of the Rolling Stones’ ‘Brown Sugar’! Some fun All Saved Freak Band-styled blues-boogie jamming on ‘Shape Of Things To Come’, while ‘Everybody Sing’ skips along to a Grateful Dead-ish country rock stroll.  Cool flashy wah-wah guitar on ‘Looking Good’. Nice solid electric sound throughout, even on the softer folkier tracks which are often decorated with psychy phased effects. Same UK label as Dana Scott & the Crown Folk and Youth Folk In Worship, but this is miles above either of those. Now about those uniforms… (The Archivist, 4th edition by Ken Scott).

Darkest England, early 1970s, The Joystrings are no more.
The Army decides to have another try, so ex-Joystring Bill Davidson is given the reins and Good News are formed as the Army's second "official" pop group. He assembles Salvationist musicians from across Europe, and the BBC came in to record this album for "Religious Broadcast to Schools"!
Quite what the schools made of the rock epic that is "Spirit" is anybody's guess. Some of this was well ahead of its time.

In July 1971 Bill Davidson began rehearsing with a group whose members had come from, literally, far and wide. Lio fivaz front rome, Ellen Schram from Holland where she was a school teacher in Amsterdam, Roger Woodrow was working in his hometown in Norfolk and Kevin Burton was a student in Weybridge, Surrey. All belonged to Salvation Army and all had a musical background in common with so many salvationists