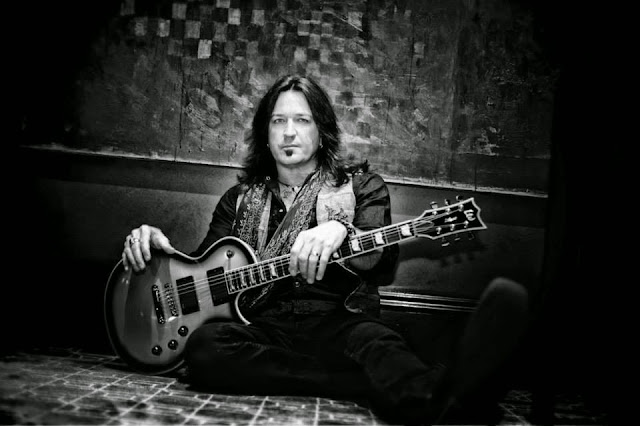 STRYPER frontman Michael Sweet is writing material for his next solo album, tentatively due in April/May 2016 via Rat Pak Records. The CD, which Michael promises will be his "best to date," will feature Will Hunt (EVANESCENCE, BLACK LABEL SOCIETY) on drums. As for the bass, "We'll be doing something completely unconventional," Sweet says.
Sweet's latest solo album, "I'm Not Your Suicide", sold around 2,900 copies in the United States in its first week of release to debut at position No. 154 on The Billboard 200 chart.


Sweet has endured heartbreaking tribulations throughout his life and career, including the 2009 passing of his wife of more than 22 years, Kyle. In 2010, Sweet remarried to Lisa Champagne-Sweet, a woman he describes as "a Godsend and the one who fits perfectly by my side."
Sweet continues to record and tour with STRYPER, as well as touring and recording as a solo artist.
STRYPER entered SpiritHouse Recording Studios in Northampton, Massachusetts in February to begin recording its new album, "Fallen", for a late 2015 release via Frontiers. Songtitles set to appear on the CD include "Let There Be Light", 'Big Screen Lies", the title track and a cover version of the BLACK SABBATH classic "After Forever".
"Fallen" will include a song that was co-written by SEVENDUST guitarist Clint Lowery.
Original Article: http://www.blabbermouth.net/news/strypers-michael-sweet-taps-evanescence-drummer-will-hunt-for-next-solo-album/#H38xOEs7tk8AIFvg.99
Facebook Twitter