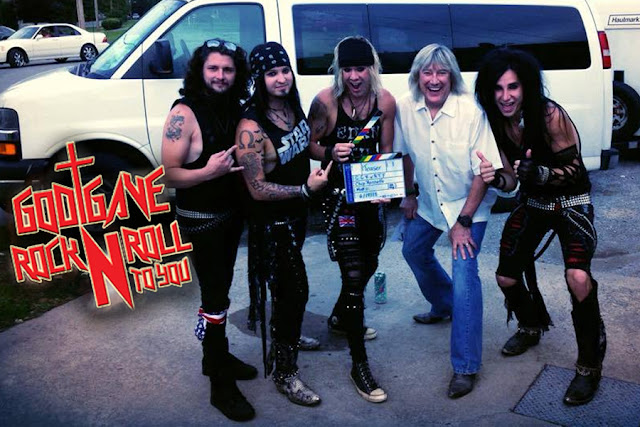 Ever you thought about a movie like RockStar, but based on a Christian band? Well, here it is the first Christian film of this type.

Going back to the 80s, the film is based on a band called Tyger. But Tyger is a little different. They are Christians, trying to live the Rock n' Roll lifestyle, until, one day, God puts it on their hearts to make music for Him.

After much debate, Tyger changes their name to Iron Cross and focuses their music on spreading the Gospel. Despite the criticism and rejection of the Christian community, Iron Cross have achieved the success of any other secular band.

Yes ... the story of Iron Cross, a fictional band, is very similar to the history of Stryper, do not you think? The band Steel Dragon, is based on Judas Priest, and apparently the band Iron Cross is based on Stryper. 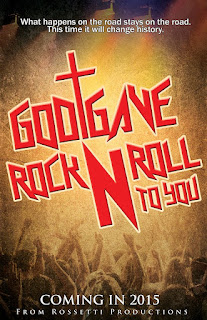 The film is written, directed and produced by Chip Rossetti, a filmmaker That specializes in Christian and faith-based movies.

The film stars John Schlitt (yes, the lead singer of Petra) and the guys in the band Chaotic Resemblance a Christian glam metal band formed in 2006, Oz Fox of Stryper produced the latest album from these guys in 2014. A real band becomes a band fictional.

Also in the cast of the film is the Pastor Bob Beeman, in 1984, Beeman saw that churches were not very accepting of Christian Metal, so he started the ministry called Sanctuary - The Rock and Roll Refuge. This fellowship brought many musicians together and formed groups such as Tourniquet, Deliverance, Vengeance and Mortal that would soon become ground breaking acts in Christian music culture. Sanctuary's first worship leader was Stryper's vocalist Michael Sweet and later Barren Cross' bass player Jim LaVerde.

Also, the Stryper drummer, Robert Sweet has been cast in a role in God Gave Rock n' Roll To You. The soundtrack of the film is the Bride version of the song "God give rock and roll to you".