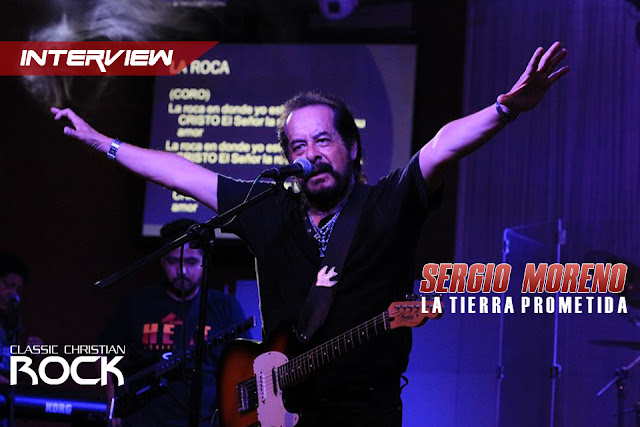 Some time ago, I was wondering about the Christian rock initiators in other languages other than the English. So I started researching about the history of Christian rock in Spanish, I met groups like Mana Peniel from Puerto Rico and La Tierra Prometida from Mexico, a group formed in  1970 for his vocalist Sergio Moreno

As Well as "Larry Norman" decided to use rock music to preach to the young, Sergio Moreno did the same, despite the criticism and accusations from leaders and church members, Sergio started a group called La tierra prometida.

This June marks the 45th anniversary of La tierra Prometida. For me it is an honor to interview  Sergio Moreno, one of the pioneers of Christian rock.

1. Tell us about your training as a musician and as a Christian. How did you come to know Christ, and as you get involved in music?
Sergio: We were born into a Christian family with my father being a Nazarene pastor which lead my siblings and I to start singing since our childhood. Later on as a teenager I took singing clases along with guitar lessonss.

2. In 1968 you traveled to the US to study, and met some Christian groups. What were your early musical influences within the Christian rock?

Sergio: Since we grew up with the Hymns we did not know much about what was going on in the US with artists like Elvis Presley, Pat Boone, and others recording Christian music (Hymns) with instuments like drums, electric guitars, and also the gospel quartets like Blackwood Brothers and the Statemen quartet. Then the newly groups like Love Song, Larry Norman, Gentle Faith, etc. 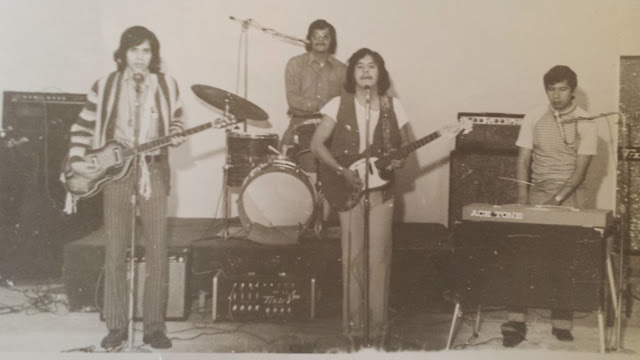 3. When you started your band in 1970, did you know of the existence of other groups of Christian rock in your language, such as Mana Peniel of Puerto Rico?
Sergio: No, when we started at that time we never heard of any spanish christian bands using electrical instruments, a couple years later we learned from two gospel bands from Texas (the Latinos and the Galileos). Back in the 80s is when we heard about Mana Peniel and Gilberto Alomar.

4. How hard was to use rock music to speak of God's love to the Young ?, like many Christian rock artists in USA and UK, you  also were  criticized by the Christian community, which did not accept the music rock, or the use of musical instruments like guitar or drums.

Sergio: Yes, it was very hard beacuse in our culture Christian churches were very legalistic. They always related rock and roll with the world even for non Christian musicians it was hard to introduce their music back in those days. So you can imagine us with long hair, bell bottom pants, and playing rock and roll with wordly instuments (drums and electric guitar) even for my father being a pastor almost having to resign, praise the Lord that none of that happened. Although at first we never intended to play in church, our main goal and vision was to use the band for outdoor purposes evangelizing in parks, schools, prisons, even in homes with big yards inviting the youth to hear the music and a message (we still continue doing so). Some years later the Lord started to convince Christian leaders about our ministry when it was seen that many young people drew closer to the Lord in many of these concerts (its a long story). It is still our priority to use music as an evangelistic tool. 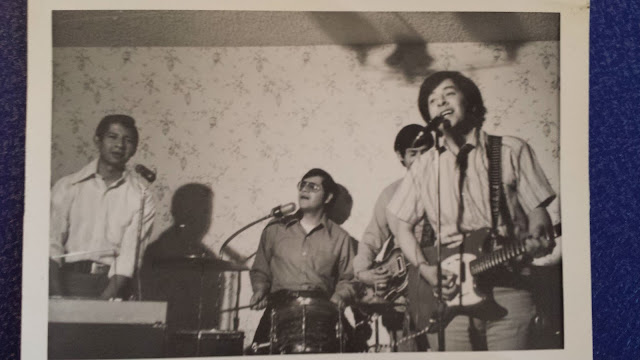 5. When Larry Norman, started his career before he launched his first album in 1969, due to accusations, Larry had felt that was wrong, that the rock was a lie, and had thought of abandoning his idea of Christian rock. At some point you thought like Larry?

Sergio: No, from the very beginning we knew that it was going to be very hard that’s why we decided that our music was not for the church or for christians only but to take the message to the world. We also started seeking for ways to be heard such as the radio or some tv programs.

6. La tierra prometida, began as a family ministry in the early years of the group, your brothers were part of the band. What do you remember from the early days of La tierra Prometida? 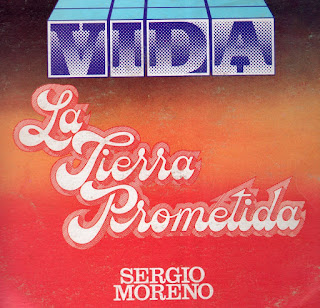 Sergio: As I said before, we as brothers started singing as a quartet but only with a piano. When we knew about these American quartets it was very pleasant to us to know that you can sing theses Hymns with a good rythm. We started as the Moreno brothers.

Sergio: One of our Nazarene leaders from the US went to Mexico and listened to our group and he liked it. He offered to help us and thought that it would be a good idea to make a record. He then helped us come to L.A. to make a recoring. It was quite a great experience. He also decided that it would be very wise to start with gospel songs so that was our inroduction to our church. Even with that done, pastors still thought our music was very hard.

Sergio: “Rumbo al Hogar” is not the second album. Amor Es…..is the second one. All our musician heroes were the rock bands from USA like Larry Norman, Randy Mathews, Love Song, JC Power Outlet, Barry Mcguire, Phil Keaggy, Resurrection Band, Petra, and the list goes on and on. In Mexico nobody except for us knew what was going on in the US because we used to travel and also had family that would send us the vinyl records (Lp’s). Most of the songs we sung and recorded were a translation from English. Since “Amore Es…” was the first recording that contained more rock, it came to be very popular among the youth back in those days. 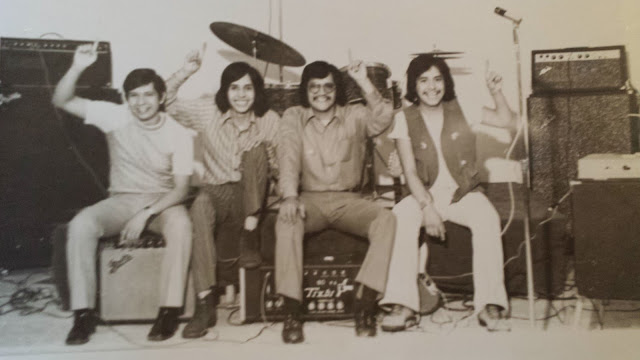 9. The album "Amor es" is a true classic, here do a cover of the song "I wish we'd all
been Ready" from Larry Norman. Tell us about this album

Sergio: Larry Norman was one of our most prefered and admired singers because of his lyrics and ministry. So we chose the great song “I wish we’d all been Ready”. It meant a lot to us with a great message and was also a soft song especially the message as you know, back in those days the most popular message was the secon coming of the Lord. We also did some other songs of his like “why don’t you look into Jesus”. 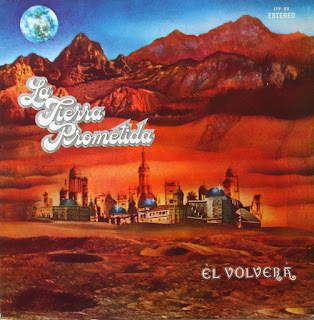 10. The album "El Volvera" from 1976 has something very peculiar, Is it a coincidence that the cover of this album is so similar to the album "In Another Land" from Larry Norman?

Sergio: It’s not a coincidence. The cover meant a lot o us. We stoled it. Since our bands name is “La Tierra Prometida” (The Promise Land) we decided to use it but also made a few changes with the theme song “He’s coming back” and it’s going to take us to the new land, The Promise Land. It also showed appreciation to Larry’s ministry.

11. In the 80s, La Tierra prometida did covers of Stryper and Bride. Why?
Sergio: At that time they were already known by those in the world nd we thought that it was a good idea to translate and share the message of those songs. They also helped us go into the new generation that was going much into the heavy metal music and it did work, praise God.

12. What was the most important achievement of La Tierra Prometida? Spiritually and musically

Sergio: During these years, since the beginning, we have seen many people come to seek the Lord. We have had the opportunity to share with non Christian musicians and some of them came to the Lord throughout the years. Some of these musicians are now pastors, at least 34 former musicians of La Tierra Prometida are now pastoring a church including 3 of my brothers.

13. 45 years have passed since that formed La tierra prometida, which was the most pleasant experience over the years of La tierra Prometida?


Sergio: The answer is pretty much the same as before, I just want to include that the Lord has been very good to us, letting us see miracles and signs like for example praying for people to be freed from demons, praying for a babygirl that was brought in one of the concerts already dead and the Lord allowed us to pray for her and she was revived. Can you imagine??

Sergio: Unfortunately it is true, the same thing has happened here in the US. It seems like the musicians or so called artists are more interested in showing their talents and skills than the great message of salvation. Every time we have the opportunity we gather the rock musicians at least in Mexico city and make them not to forget what is the most important of their existence, to share the gospel of Jesus Christ using one of the most powerful tolos (music).

15. What are the future projects of La tierra prometida?


Sergio: They have not changed much. Not recording but keep delivering the message, even if we do not have new songs the ones we have always be new for the people who do not go to church or are not christians because most of the songs we do are based in the bible. Almost forgot, we will soon be writing a small book to encourage the new generation to dedicate their lives and talents to the Lord. 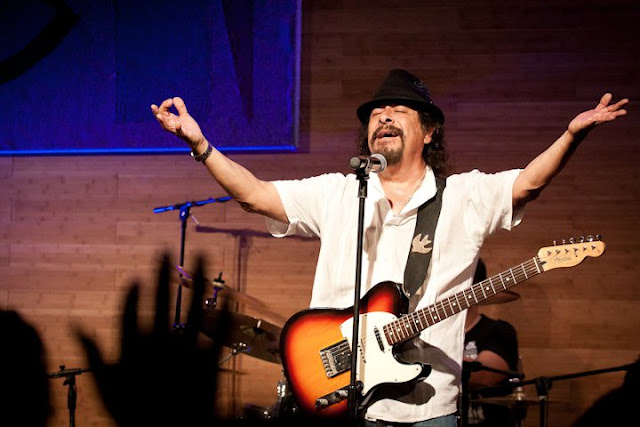 16. What is for you La tierra prometida?

Sergio: La Tierra Prometida is a dream come true. When I started in my youth I never thought God could have the music which I enjoyed. I was already playing music for the world when God used my father to show  me His (Gods) amazing plan. I can say that there are thousands of people who have came to Jesus through the ministry of La Tierra Prometida. A privelage that I do not deserve and He (God) wanted to give me. I give Him the honor and glory for his wonderful gift.

17. Your last words to conclude this interview
Sergio: I thank you for the opportunity of letting me share with you a little of what has occured and what it means this wonderful mission. There are lots of teenagers within our churches who need to be encouraged and trained to develop their talents and put them to serve the Lord. We are doing our part, thank the Lord.

Thanks for letting us do this interview, was a great honor for me. May God bless your life and ministry.