Dana Key died on June 6, 2010 from complications associated with a blood clot Sunday  night at the age of 56.; although he had previous health problems, his death was unexpected.

The co-founder of rock band DeGarmo and Key was serving as senior pastor of The Love of Christ (TLC) Church in Cordova, Tenn., at the time of his death and will be honored this Thursday at memorial services at a nearby event center. 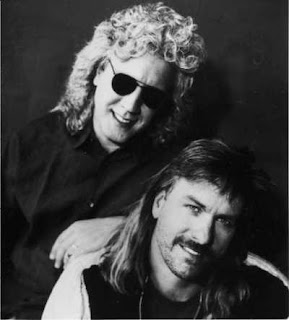 Not long after their first album, This Time Thru, hit stores in 1978, the band emerged as one of the biggest names in the growing CCM field in the 1980s. Together, they recorded 17 albums, picked up seven Grammy nominations and 17 Dove Award nominations.

“Dana was a mentor and role model to me,” recalled Agnew after hearing of Key’s death.

“He signed me, recognizing something I didn’t even see. He is the reason most of you know me,” Agnew wrote in his blog Monday.

DeGarmo, meanwhile, recognized his longtime friend as much more than just an extremely talented musician.

“He lived his life fully dedicated to building God's kingdom with every breath he took. He was a true pioneer,” said DeGarmo, who had been friends with Key since they were about 7 and led him to Christ at the age of 15.

“He could preach the Gospel in a way that compelled thousands to accept Christ and he could play guitar and sing like you were getting a glimpse of his soul,” DeGarmo told CCM magazine. “He was my friend and my brother. The world will miss him. I will miss him dearly." 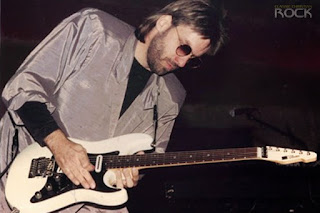 Pat Scholes, Key’s partner at Ardent Music: “Dana Key remains one of the strongest influences in my life forever. I unknowingly encountered him for the first time on a hot summer night in 1973 where he and Eddie were playing on a flatbed trailer in the middle of a field, blasting the gospel at a decibel level I enjoyed. I came for the music and left with a Savior. Little did I know that 20 years later that Dana and I would come together to start the Ardent Records Christian label with our colleagues John Fry and Kim Jenkins. Lots of records were made and the razor-sharp truth of the gospel continued to go out in a manner of excellence, musically and spiritually, under Dana’s able influence. And so it is with earthy sadness that this chapter in God’s unfolding story comes to a close with Dana’s passing. But it is indeed in recognizing the Divine Design that Dana wrote about himself that gives me eternal hope and assurance that God has used, and still uses, this very special man’s life to win many to Christ – and that he now is enjoying His presence forever. See you again my friend, in the twinkling of an eye, Pat Scholes.” (from Ardent Music tribute page) 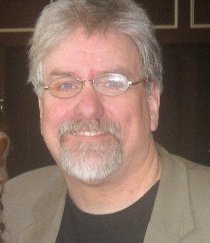 Key is survived by his wife, Anita, and their three children.