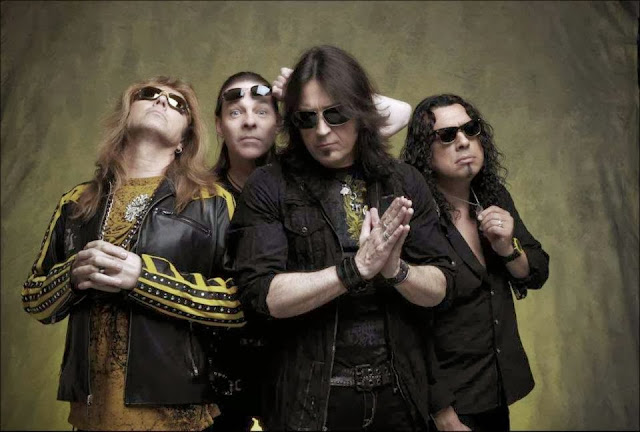 Bad news for fans of Stryper, at least for those fans closest to the band.
This is how it appears on the website of Stryper:

"A limited number of lucky fans will be able to experience an iconic event in Stryper's History! Stryper is excited to announce that the 3RD ANNUAL STRYPER FAN WEEKEND will take place September 10 - 13, 2015 in ANAHEIM, CALIFORNIA!
You asked and we listened! We added ONE more day of fun to the event which includes time at Disneyland with the band! This weekend will provide fans the opportunity to go back in time to where it all began! Besides having quality time to hang out with the band, there will be many memorable events planned throughout the weekend including opportunities to meet and interact with old crew, managers and personnel that helped shape Stryper's career. Attendees will also be given VIP treatment for Stryper LIVE IN CONCERT at the HOUSE OF BLUES on September 12, 2015!

While fans have come to know Stryper Fan Weekend as an annual event, 2015 will mark the final event for the foreseeable future. Due to heavy touring, recording schedules and other project commitments for the individual band members, 2015 is scheduled to be the final "annual" event. Stryper will continue to offer their popular Meet & Greets throughout the 2016 tour and beyond."