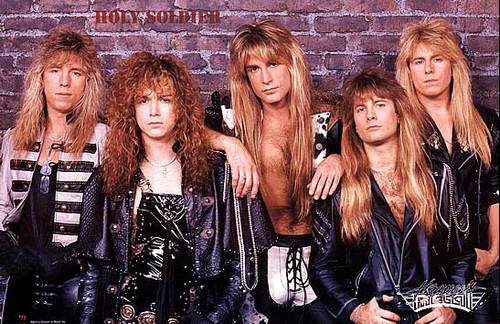 The film "God Gave Rock and Roll to You", that will tell the story of a fictitious Christian metal band of the 80s called "Iron Cross", where participate John Schlitt of Petra, Pastor Bob Beeman, and Robert Sweet of Stryper, will also include the music of the band Holy Soldier, so was confirmed the past July 7 right through the official facebook page of the movie. This is the first film of its kind, and is also the first time that Holy Soldier sounds in a movie.