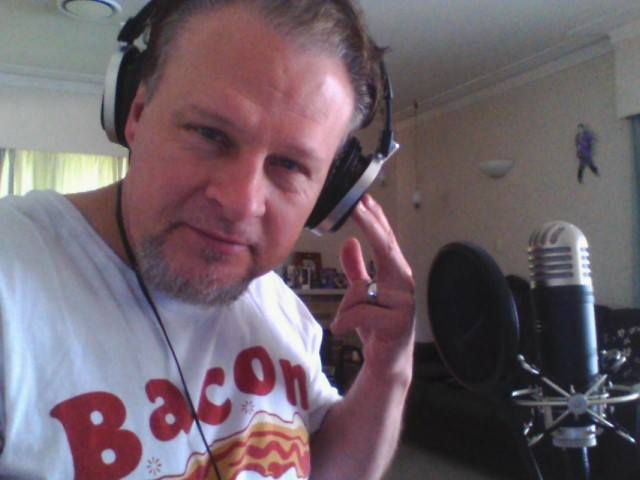 Dale Thompson, known as the lead singer of Bride  from 1983 to 2013, has started a new band called "THE WORLD WILL BURN" and are in the recording studio.

"We may not become the most popular band on the planet but we will be remembered and our message heard. The band has nothing to do with religion. This band is about identity. Identifying with the listener on a level where the message of the band is not drowned out and overshadowed by some sort of expectation from the listener. Being a listener means to…. LISTEN.’"

"We are currently recording new material and soliciting outlets for distribution and promotion. The music is slammin' - my vocals are the heaviest I have ever recorded with slaughtered screams, heavy airy backgrounds and guttural intentions that will raise the hair on the back of your neck. Yeah I am very happy and positive that if you are a fan of "the heavy" you are going to dig this crunchy roll of slambastic groove and wonderstruck."


Okay. you asked for it, here is a sneak peek / a preview of what "The World Will Burn" will sound like. Hope you enjoy it.
Posted by Dale Thompson on Jueves, 17 de septiembre de 2015