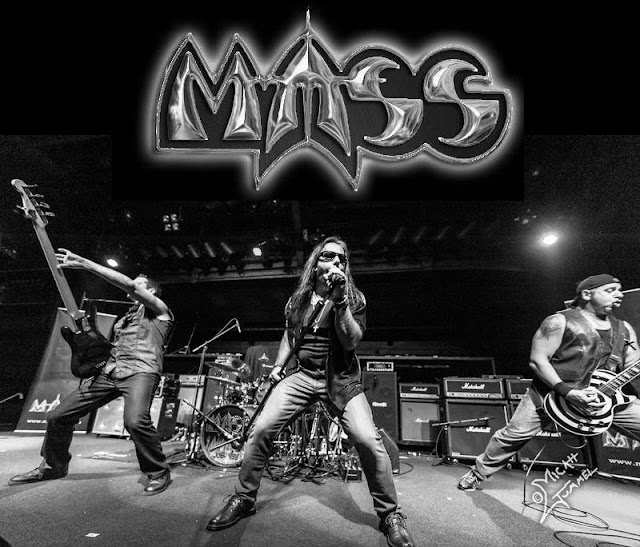 The band Mass released a new single, called 'Outside looking In'. The new song was released last September 6 and can be purchased on sites like iTunes, Spotify, iHeart radio, Amazon Mp3, Rhapsody, etc .

The song is a preview of things to come in the next studio album that will be recorded later this fall. This song was recorded years ago, and was recently shared to a few fans of the group, due to the positive response from them, they have decided to put the song available for all to hear.

This is very different from any song we've Heard of mass before, this is a rock and roll song.. It's like a cross between "Girls, Girls, Girls" or "Same Ol' Situation" of Motley Crue and the piano of "Once Bitten Twice Shy" of Great White, a little comparison I wanted to share.

Louis august told us about this new song:
We recorded the basic tracks before our Crack of Dawn album (2007) and just sort of forgot about it.. About 2 years ago I was in the studio recording a Christmas tune when I decided to let the engineer hear Outside looking In. He really dug it and we had some extra studio time so I had Jeremy add some keyboards and I added some vocal harmonies and we  remixed it.

You can get the song on iTunes trough the following link
https://itunes.apple.com/us/album/outside-looking-in-single/id1035391465

You can also visit the website of mass:
http://www.massrocks.com/