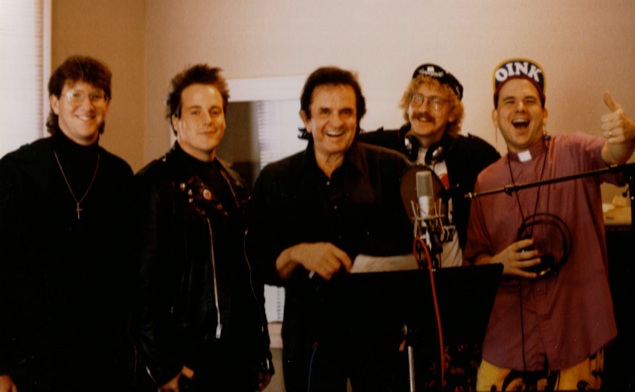 Johnny Cash recorded with One Bad Pig in 1991. Johnny sang a duet with Kosher on the cover of Cash's  "Man in Black" from the 1991 album "I Scream Sunday". This song also appears on the "best of" 1994 album "The Quintessential One Bad Pig vol. 1"
Man in Black Song

"Man in Black" (or "The Man in Black") is a protest song written and recorded by singer-songwriter Johnny Cash, originally released on his 1971 album of the same name. Cash himself was known as "The Man in Black" for his distinctive style of on-stage costuming. The lyrics are an after-the-fact explanation of this with the entire song as a protest statement against racism, the treatment of poor people by wealthy politicians, the condemnation of drug users and prisoners, and the war in Vietnam. In the intro to his first performance of the song, Johnny Cash revealed he had talked to some of the audience members from Vanderbilt University that weekend, and was inspired to write "Man in Black", revising it a few times before the concert on Wednesday. At the end of the song he received a standing ovation. 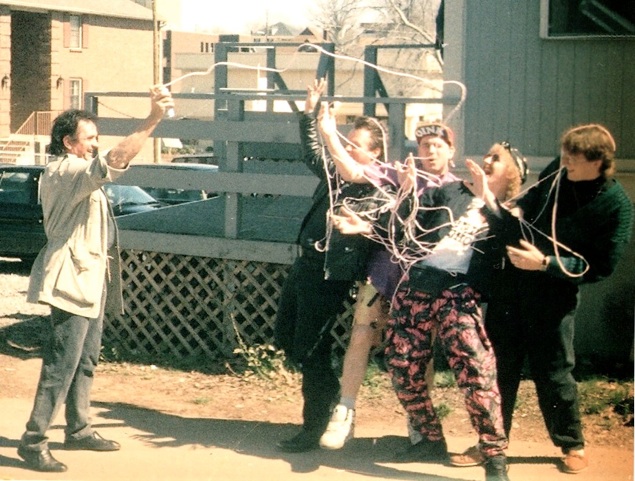