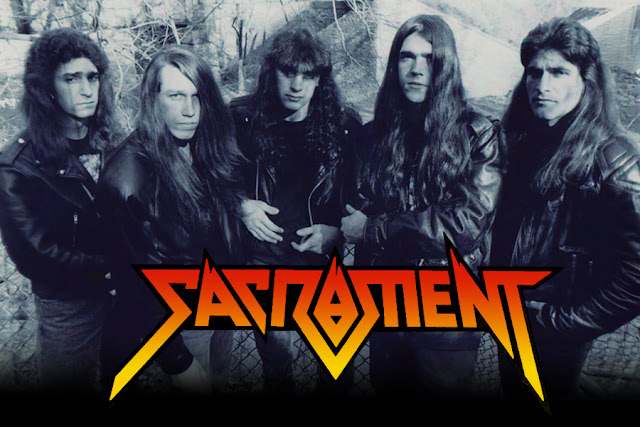 Sacrament was a Christian progressive thrash metal band from Philadelphia, Pennsylvania, formed in 1989. Their music was known for its evangelistic lyrics, and they often played to secular audiences.


Sacrament pushed the boundaries of early death metal, not unlike Sacrifice or Death. The music is fast and furious leaning towards the more extreme European thrash sound, as opposed to the Bay Area style. Vocalist  Mike Torone has a raw, coarse, throaty voice that adds to the overall extreme vibe of the music, though he never really dives into full on death metal growls. Despite the speed and intensity of the music, Sacrament don't forsake memorable songwriting as well. What some people might find shocking is that despite Sacrament's extreme nature, they are a full-fledged Christian band.

"Presumed Dead" of 1989 is the one and only demo Sacrament ever released before signing to R.E.X. Records. The recording is rather rough, although not unlistenable. 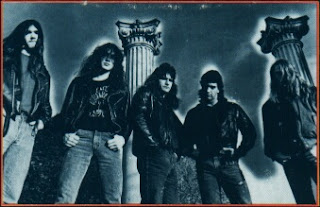 Sacrament's debut CD was originally released on R.E.X. Records in 1990. (Unfortunately it was never released on vinyl.) With the demise of that label a few years later, "Testimony of Apocalypse" became a hot collector's item fetching high dollars on auction sites. In 2005 Retroactive Records released a limited edition re-issue together with the band's "Presumed Dead" demo as bonus tracks.

In 1992  they released the second album "Haunts of Violence, R.E.X. was hyping this as the heaviest disc they had ever released, but they delayed the release for so long that by the time it came out death metal was already dominating the scene and thrash was struggling to survive. Kevin Ayers of Haven produced the disc.

After the band broke up, bassist Eric Ney went onto play with Sardonyx for a short time. In 1999 he reappeared with Joey Daub (ex-Believer) in a new project called Fountain of Tears.

In 2004 Retroactive Records re-released the debut album "Testimony of Apocalypse" along with all the demo "Presumed Dead", whole the album has been remastered, unfortunately this reissue is limited to 1000 copies.

In 2014 Retroactive records relaunched the album "Haunts of Violence", a change was made at the album cover, the logo was replaced by the logo that appears in the album Testimony of Apocalypse.

Also the album "Testimony of Apocalypse" was relaunched in 2014 by Retroactive Records, was made a little change on the cover, another typography for the text of the title was used, and the original color of the logo was changed to a yellow solid, and the back cover was also redesigned. 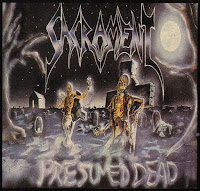 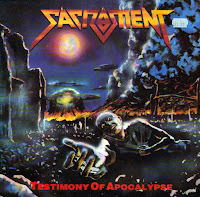 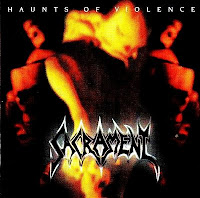 Reissues:
All reissues by Retroactive Records 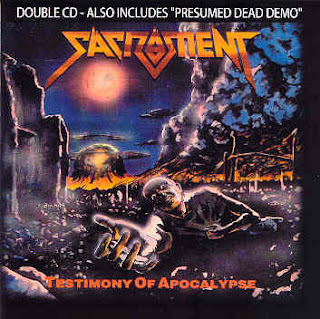 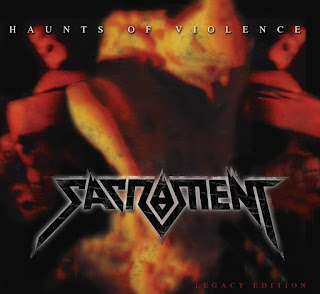 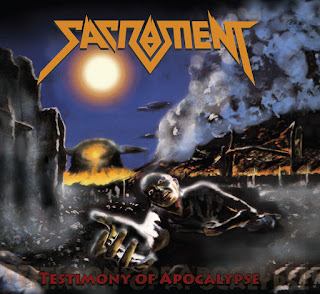 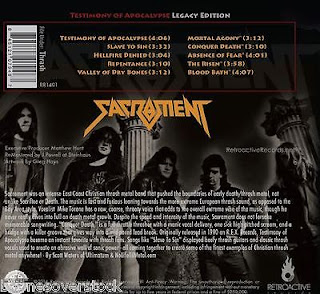