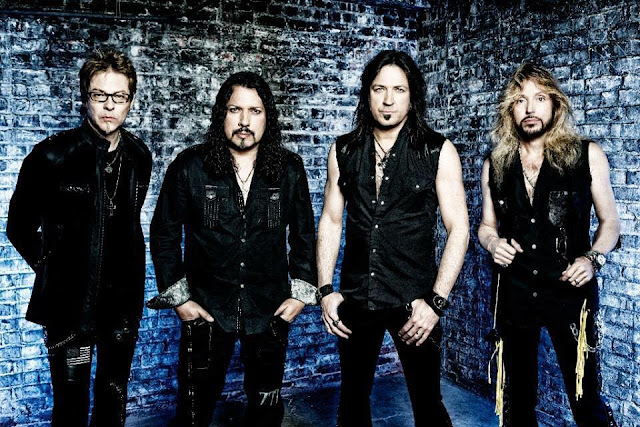 On Friday September 23, Stryper released the song "After Forever", a cover they have done to Black Sabatth.

A brief history of the original song from Black Sabatth: 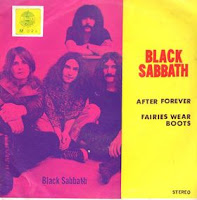 "Was a song by English rock band Black Sabbath. The song was released on their third studio album Master of Reality in 1971, and later the same year it had been released as the first single from the album, but failed to chart anywhere. The lyrics were written by Geezer Butler while the music was written by Tony Iommi.

The lyrics of the song "After Forever", written by Geezer Butler, a proclaimed Catholic, focus entirely on Christian themes. Although the album jacket credits Iommi alone as the composer of this song (including lyrics), the Black Sabbath Black Box Set refutes the album jacket credit and gives credit to this song (along with "Orchid" and "Embryo") to all four band members in keeping with their wishes to remain a democratic band. At the time, some viewed Black Sabbath as Satanists (which the band had consistently denied) due to their dark sound, image and lyrics. "After Forever" was released as a single along with "Fairies Wear Boots" in 1971. Rolling Stone reviewer Lester Bangs criticized the Christian theme of "After Forever" as too obvious, but welcomed the arrangement, while Wilson & Alroy's called the guitar sound "crude but effective".

The song After Forever will be part of the upcoming Stryper studio album "Fallen" which will be released on October 16 via Frontiers Records.

According to Michael Sweet will be the best album they have done. A curious fact is that Stryper has released covers in all their albums since "Against the Law" "in 1990 when they launched "Shining Star". Their album Reborn had a new version of the classic song "In God We Trust" . Murder By Pride  has the boston song "Peace of Mind". The Covering is an album composed only by covers and an original song. Second Comming is an album that contains new versions of classic songs of Stryper. No more hell to pay has a cover of the song "Jesus is Just Alright". This time Stryper presents the cover "After Forever" by Black sabatth. Stryper's latest album composed entirely of unreleased songs was "In God we trust" in 1988.

Apparently they will continue doing covers in their next albums, agree with a comment made to a fan on the official page of Stryper on facebook: "We will always do a cover or two on every album Vince so get used to it....."

Other artists who have also made cover of this song are: Biohazard, Aurora Borealis, Deliverance, Shelter, Frost Like Ashes and Troglodyte Dawn.

Lirycs:
Have you ever thought about your soul - can it be saved?
Or perhaps you think that when you're dead you just stay in your grave
Is God just a thought within your head or is he a part of you?
Is Christ just a name that you read in a book when you were in school?

When you think about death do you lose your breath or do you keep your cool?
Would you like to see the Pope on the end of a rope - do you think he's a fool?
Well I have seen the truth, yes I've seen the light and I've changed my ways
And I'll be prepared when you're lonely and scared at the end of our days

Could it be you're afraid of what your friends might say
If they knew you believe in God above?
They should realize before they criticize
that God is the only way to love

Is your mind so small that you have to fall
In with the pack wherever they run
Will you still sneer when death is near
And say they may as well worship the sun?

I think it was true it was people like you that crucified Christ
I think it is sad the opinion you had was the only one voiced
Will you be so sure when your day is near, say you don't believe?
You had the chance but you turned it down, now you can't retrieve

Perhaps you'll think before you say that God is dead and gone
Open your eyes, just realize that he's the one
The only one who can save you now from all this sin and hate

Or will you still jeer at all you hear? Yes! I think it's too late.