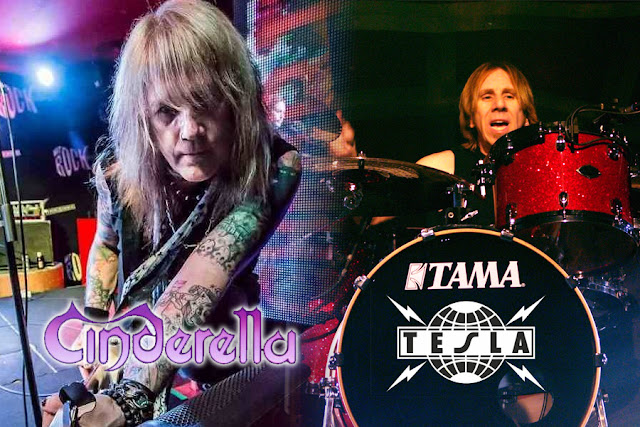 Rossetti Productions announced the addition of two big rock stars of the 80s. Eric Brittingham and Troy Luccketta, Cinderella and Tesla respectively, will be part of the new film "God Gave Rock 'n' Roll to You".


Eric Brittingham, born May 8, 1960 in Salisbury, Maryland, is known for being the bassist of the glam metal band "Cinderella" who has released four studio albums.

"I'm excited to be a part of a movie with such a positive message", And the fact that it is about a band in 1987 just makes it that much more awesome." Brittingham said.

Troy Luccketta, born  October 5, 1959 in Lodi, California, started playing drums at 10 years old and was influenced by Mitch Mitchell of the Jimi Hendrix Experience. Troy grew up in the east San Francisco bay area playing in bands such as Whisper, Benny and the Jets, 415 and the Eric Martin Band before joining Tesla in 1985.

"As soon as I read the script," Luccketta said, " I knew it was a truly inspirational story for those who take a stand in faith. I loved it".

Production of "God Gave Rock 'N' Roll To You" is slated to begin in early November in and around the Nashville, Tennessee area.