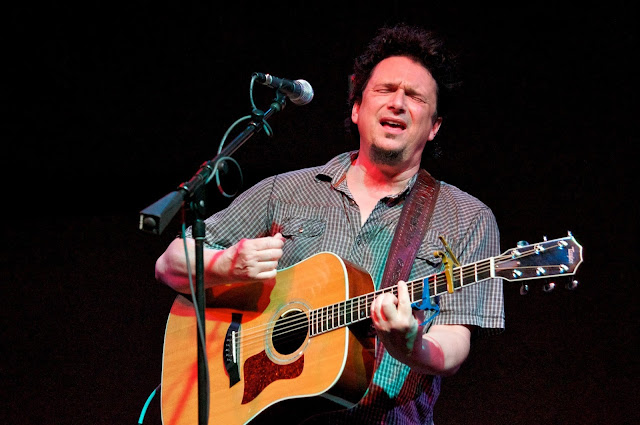 In 1995, The 77s rereleased their initial three albums on CD for the first time. The record company suggested a tour to promote the event, but there was no 77s at that point as both David Leonhardt and Aaron Smith had left California for The Beautiful South. So, veteran 77s members Michael Roe and Mark Harmon recruited longtime Vector/Charlie Peacock drummer Bruce Spencer for the tour. Not only was Bruce long admired as a drummer by Mike and Mark, he had also had the occasion to 'stand in' for Aaron Smith here and there over the years to positive response. With excitement (and no small amount of fear and trepidation), the guys played the tour as a 'power trio' for the very first time in the band's existence. It was challenging but stimulating musically, and when 77s fans came out in droves to check out the new group, they couldn't believe their eyes and ears. This new amalgam not only played the 'hits' more 'true to vinyl' than the groups of previous years, when they decided to cut loose and improvise on a tune .... well, those who were there can testify to the 'power' in 'power trio' when now applied to their favorite previously 4-piece band. 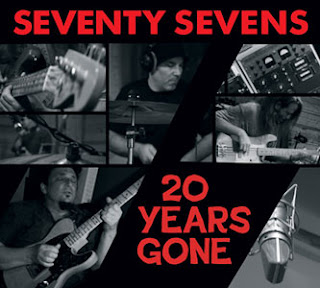 When the 1995 tour was over, the guys considered what it might be like to continue as a three piece band. After briefly considering a name change, this spiffy new three piece outfit became the fourth and now longest enduring version of The 77s ever. Beginning with their 'tom tom blues' release in 1995 through to 'Holy Ghost Building' in 2008, this trio of 77s produced a widely varying but fascinating output of recordings that reflected their hours logged together on the road and in the studio. Along with the usual collection of experimental pop tunes, bluesy jams and jungle drum 'boogie woogie', this lean and mean new configuration of the band exhibited a remarkable amount of musical empathy, telepathy and downright ESP as they played -- a rare and much coveted quality for any group of musicians who work together on a regular basis.

After 20 years as a trio, The 77s have now decided to collect, remaster and rerelease a group of recordings that best reflect the band's most successful achievements after having 'gone three piece' in an album entitled 20 Years Gone. Much more than your usual 'greatest hits' or 'best of' collection, this album brings together every group member's most treasured musical moments. Not content to sit back and simply put this new collection out by itself, the guys are committed to bringing these beloved trio tunes to life in a 20 Years Gone tour this November.

Mike says, "While reviewing the music the three of us recorded over the last 20 years, I was surprised again and again by how amazing some of this stuff was that we had overlooked or nearly forgotten about. While trying to survive some tumultuous and occasionally very painful personal times during those two decades, we also somehow managed to produce an interesting body of work that reflected both our joys and our struggles during those times. While we are currently very busy writing and recording new material, we are also anxious to reacquaint both our hardcore and casual fans with what we feel is our personal best work as a trio in the studio. There's a little something here for just about everybody, including a few unreleased, remixed and alternate versions of familiar tunes. The remastering is superb and makes every one of these songs sound cleaner, punchier and better than ever! Now we can't wait to get on the road and play many of these songs we've either never tried or haven't performed in a very long time."

The 77s are please to announce they will also will be joined on tour by Canadian Folk/Rock artist Deni Gauthier. Deni will open each night of the tour, and 77s fans won't want to miss his set. Check out Deni's music on his Bandcamp page
https://denigauthier.bandcamp.com/album/quiet-town