Anthony Martinez 1/09/2016 02:40:00 PM
In 1982, Amy Grant released her fourth studio album called "Age to Age", this being one of the most important Christian music albums of the 80s. For those who do not remember this album, or do not know how important it was, I share here a short summary:

- Age to Age is the fourth studio album, and sixth album by  singer Amy Grant, released in 1982 on Myrrh Records.


The album contains 10 songs, among which include Fat Baby, a song that was written by Rod Robison for his band Selah in 1976. This is a short interview with Rod Robison, where we talk about this song:

I wrote the lyrics around 1976. Steve Millikan put the lyrics to music. We sang it in concert until we disbanded in 1979. It always got a great reaction.  By the time I wrote it we had already released two albums through Zondervan - Selah and With Clouds.  We parted ways with Zondervan due to the fact that they weren't willing or able to invest in what we felt was a quality production.  But it was a friendly split.  We worked on a third album over the last couple of years we were together at various studios, recording Fat Baby at two of them.  The version on the Selah 70s Lost Sessions CD we released about five years ago has one of those versions on it.


CCR: Fat Baby is based on Hebrews chapter five where the writer refers to immature Christians being like infants only willing to drink milk but not the "meat" of the Word.  What motivated you to write a song about that passage and why a funny song?
Rod: Well, the Hebrews 5 passage was the inspiration for the song.  I didn't set out to write a funny song.  I just read the passage and thought, "Now, that's funny."  And from there it was a matter of filling in the details of what the infant would look and act like.  My motivation was to allow all of us...me included... to look at ourselves in the mirror and realize that we're the Fat Baby.  But to get someone to look at themselves critically you have to do it with humor. Sometimes you have to do it with humor.
I liked the metaphor of the infant and I thought, "That would make a funny song" expanding on the metaphor so that you paint a humorous picture of what the kid would look  and act like.


|  Hebrews Chapter 5:  In fact, though by this time you ought to be teachers, you need someone to teach you the elementary truths of God’s word all over again. You need milk, not solid food! 13 Anyone who lives on milk, being still an infant, is not acquainted with the teaching about righteousness. 14 But solid food is for the mature, who by constant use have trained themselves to distinguish good from evil. |

CCR: How did Amy hear of the song?
Rod: Here's the story Amy told me about how the song got on Age to Age in 1982.
A friend of mine from college covered it on her custom album around 1981.  Gary McSpadden, who sang with Gaither, happened to walk into the studio and heard the song.  He called me to ask if he could shop it.  I recommended he contact either the Imperials or Amy.  Gary and Amy both told me the rest of the story on two occasions.
Amy and her producer Brown Bannister had been praying for a song to put on the Age to Age album they were then working on.  They specifically prayed for a novelty song with an Andrews Sisters style. They hear a knock on the door.  It's Gary saying, "I have a song I want you to hear."  When they heard it they knew that was a God thing.

CCR: Do you consider Fat Baby is perhaps the most important song of Selah, because Amy Grant made a cover of this song?
Rod: That's hard to say.  If by important you mean the one more people heard than any other, sure.  She sold something over 2 million Age to Age albums. But "important" is pretty subjective and depends on the effect of our songs on individual lives. I've had people write me and tell me how much different songs we recorded meant to them.  One guy said he especially remembered a particular song he heard us do in concert three decades before.  He even quoted the lyrics.  I'm not sure I could have quoted those lyrics. Another guy wrote to say how much another song meant to him.  Frankly, it was one of my least favorite songs.  God uses different songs to meet the needs of different people.

CCR: How did you happen to meet Amy at the We Will Stand concert?
Rod: It was at a once in a lifetime gathering of many of the top names in CCM. It was put together by a close friend of mine named Stan Moser.  He's the guy who signed Amy and Age to Age to Word.  He was kind enough to offer me a couple of tickets to the concert.  I brought Selah's drummer Ray Moore with me.  We had a wonderful time.  Amazing concert.  During dress rehearsal I happened to be sitting across the aisle from her and Russ Taff while they were practicing their duet.  When they were done I leaned over and said, "Amy, I want to offer you a belated thank you for recording my song, Fat Baby."  She jumped up from her chair, gave me a hug, and said, "You're the guy?  Thank you for that song. We've had so much fun with it."   That was very sweet of her because I'm not at all known in the music industry.
My meeting with her was very brief. But she was very gracious.

CCR: I saw that Amy has a little dance in the middle of the song,  Did Selah also incorporate that dance when they sang the song?
Rod: No.  I did do a little acting with the song.  In the early days of radio singers would sometimes place their hand cupped over one ear to hear themselves better.  And their voice had a nasal tone to it.  I did the hand to ear thing and gave my voice a nasal tone to give it a little old-time radio look and sound.
Just to add some humor to the song...I first saw Amy do that song and dance in concert in the mid-80s.  I didn't know the dance was going to be part of it.  Cracked me up.

CCR: At some point would you like to sing this song with Amy?
Rod: Wow.  I've never thought about that.  Not sure I would.  Hard to do a better version than hers. I don't think I would add anything to her version.

CCR: Well . . . maybe because you were the creator of the song, I think it might be fun for you to dance with Amy as she sings the song, don't you? :-)
Rod: Maybe fun for me.  But I suspect everyone in the audience would wonder if Amy had lost her mind by dancing on stage with that old guy.

Original Versión of Selah  on the album The Lost Sessions which was published in 2008, all the songs were recorded around 1976 - 1979 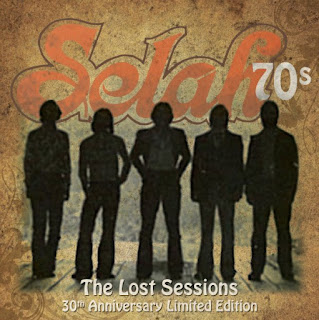 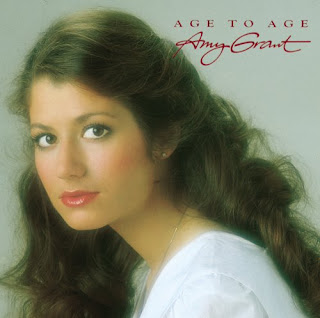