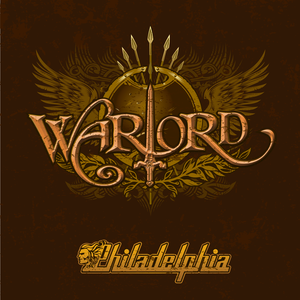 2016 brought back to one of the bands most important Christian metal of history, Philadelphia, maybe not as well known as other Christian bands of the 80s, but equal to or more important than many of these, Why ?. Well, because were one of the first bands to release an album of Christian metal in 1984, even a little before Stryper launched "The Yellow and Black Attack", Philadelphia had launched "Tell the Truth". 1984 was the birth of the Christian metal with the arrival of bands like Stryper, Messiah, Saint, Messiah Prophet and Philadelphia. The following year, they released their second album "Search and Destroy.

Philadelphia had written songs for a third album that would call "Warlord", but because of personal problems and their record label, the band broke up in late 1986.

In 2011. Bassist Brian Clark was in the hospital in his hometown of Shreveport LA, awaiting aortic valve replacement and bypass surgery. To his amazement, three of the friends that came to offer support and love were the former members of Philly! Even though Brian Martini now lived in Ft. Worth TX, and Phil Scholling even further away in Round Rock TX. Complicating matters, Phil’s beloved mother was in her last days in Shreveport, and Phil had just driven ﬁve hours back home when he got the news about Brian. He turned right around and came back to be with his Philly brother. Looking around his hospital room, Brian realized their special bond was still there.

In 2014, Brian Martini proposed a ‘Philly reunion’ at his home in Ft. Worth TX, just a good time visiting with each other. And a little jam session. Playing together felt great, just like old times. The next morning, Clark had an idea that he proposed to the band. Remember ‘Warlord’? Why not record and release it on their own now? Originally, all four members were in, but time constraints forced Ronn to withdraw. So now, Philly was back to it’s power trio lineup. And ready to start work on ‘Warlord’....an album 30 years in the making!!

A search for someone to engineer and produce the album netted young phenom Ritchie Wicander, from Austin TX’s music scene. Ritchie has his own metal band, Fire From The Gods, just signed to a major record deal and with their ﬁrst album recently recorded. A drummer raised in Germany, he shares many of the same musical inﬂuences as the members of Philly, as well as a similar rock vision.

On May 8, 2016, Philadelphia launches "Warlord" their first album in over 30 years. Despite many years, Brian Clark still has a good vocal range as in the early years of the band.

Although they have not played together for many years, this album shows a greater musical maturity, old Philadelphia fans will like this album, the boys keep the old sound of Hard Rock and Heavy Metal. This album has better production than the two previous albums of the band. Everything sounds really clear, although the guitar sound is a little weak, i think it was necessary a little more intensity on guitar.

I must be honest and say that I expected this album was a bit heavier, and I do not mean to sound like a band of Thrash, but I feel that is not the full potential of Philadelphia. For example, the title song "Warlord" really sounds great, is a song that is divided into two parts, with a great guitar solo in the second half of the song, shows a greater intensity than the other songs, is a song more complex, is just what I expected in the rest of the songs, be a little more daring. I'm not saying this wrong, but I expected more heavy sound, perhaps they wanted to stay very true to their musical roots and therefore did not take many risks.

But this is not all about "Warlord", I must say that after 30 years, it seems that they have been playing together all this time, an album with a classic sound but with a great musical maturity. That's a sign that there is a good fellowship among members of Philadelphia, good production and high quality of the musicians of the band, make the album have a clear and defined sound.

The album starts with the song "Brothers In Arms" is really catchy, especially the epic introduction of the guitar, something like "Wasted Years" by Iron Maiden, seems to be a very fast and intense song, but then transforms into a slow song.

"I'm Not Listening" maintains the same musical line from start to finish, always with a sound of Hard Rock, which prevails in this album.

"Wasteland" begins in a very subtle way, but becomes a great song as from choir, I could say that this is my favorite disco song.


"Sane Asylum" is the fastest song of "Warlord" undoubtedly has one of the best guitar work on this album.

"Son Of The Morning" is quite dark, you could easily become a gothic song, for example.

"Lady Fortune" looks a bit like their old song "Desicion Time", but with a much shorter introduction, and still has a dark sound as the previous song.

"Way Of The Skull" is quite slow, but with a classic eighties sound Hard Rock, the final part of this song shows a very dark sound.

"Warlord" is probably the best song on this album, is much more elaborate than the other songs, quite complex, an excellent and long guitar work on this song, the last 4 minutes of the song are instrumental, intensity and melody, are very catchy.

The album is mainly dominated by the sound of Hard Rock, a little lighter than their two previous albums, but with better production. Philadelphia has returned after 30 years with a greater musical maturity, a proposal that will definitely will like all fans of hard rock of the 80s.

Commentary on each individual song by the members of the band