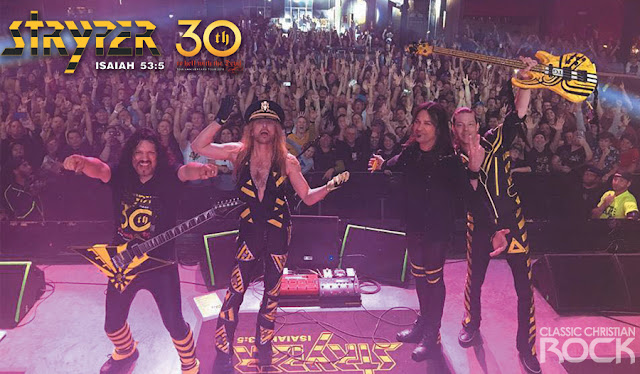 Stryper stopped at Gas Monkey Live in Dallas on Sunday, October 9, as part of a special tour to commemorate the 30th Anniversary of its release of the multi-platinum To Hell With the Devil album.

The show started off with a short set by local band, Millennial Reign. After that the lights went off and a video began to play on the big screens on either side of the stage. It was a nice introduction for the tour, with a retrospective look back with Michael narrating through the band’s history, including stories of him being the young punk of a brother to Robert and the band he had prior to his eventual audition.


The 8-minute video ended and “The Abyss” came on as the band members strode out onto the stage. Stryper then proceeded to play the entire album in sequence, only interrupted on occasion by a few short words from Michael Sweet between the songs. He thanked the crowd for their support during all the years, for the calls to the radio stations and also the support for the infamous DIAL-MTV requests that got their videos played (setting records for staying at #1). He shared the Gospel and exchanged a few words of banter with the audience. One by one the tunes rocked us: The Abyss, Calling on You, Free, Honestly, The Way, Sing Along Song, Holding On, Rockin' The World, All Of Me and More Than A Man. 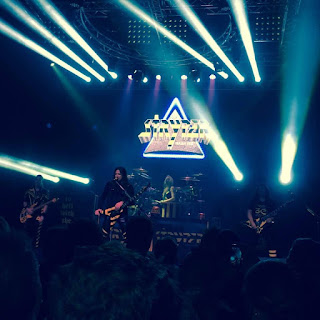 It was fun to see them in the original yellow and black uniforms for that album. They also threw out Bibles and then took a short break to get out of those hot old outfits and into some more comfortable duds. Then they played a second segment.


This show was very different than any other Stryper show that I’ve seen before because the lights, the stage, the videos from MTV and the footage from the radio stations took you to the past (the 80's). Wow! The times have really changed! Now you can't see any of that on TV. I mean, MTV and VH-1 now only have reality shows and have thus  lost their vision. It’s just not the same anymore, which made this night so very special for us. Thanks, Stryper!

One complaint to the whole affair was the regulation that did not allow photo cameras. Of course, people can use their cellphones to make videos and take photos, so I don’t get the rule about regular cameras. Oh well. Welcome to the 21th Century. 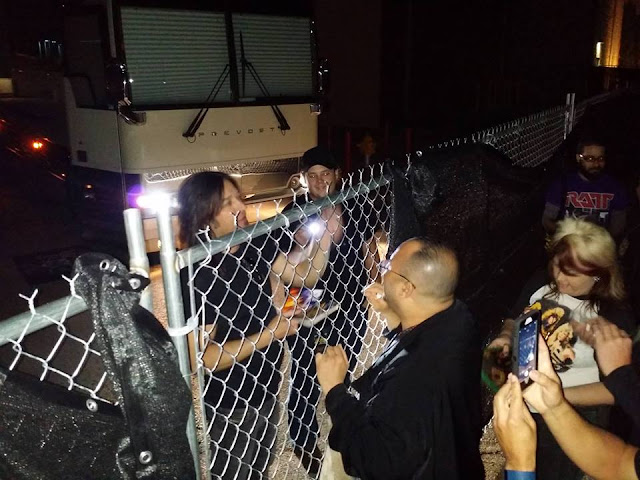 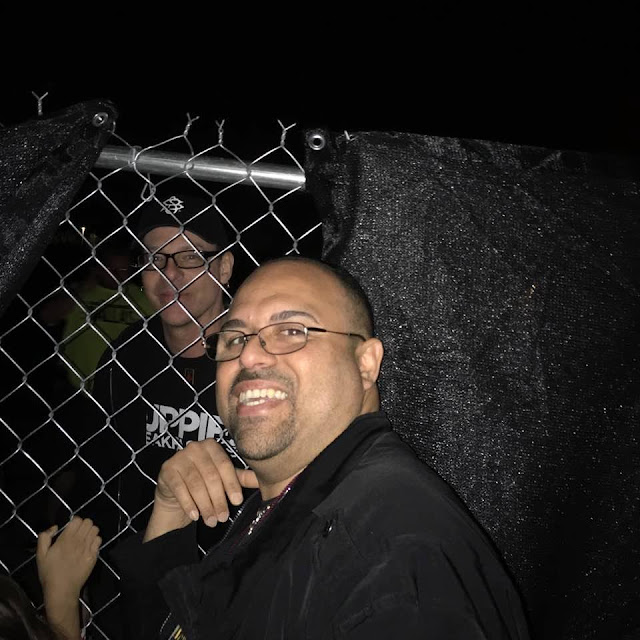