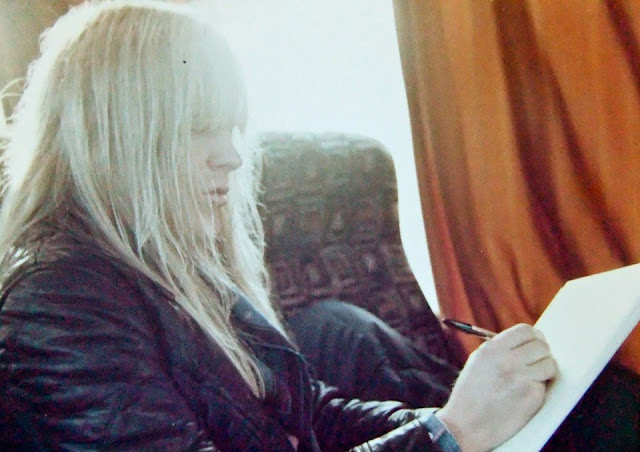 Through the official website of Larry Norman  ( www.larrynorman.com ), it has been announced that next October will be published a book with the complete biography of Larry Norman .

Penguin / Random House will release the definitive Larry Norman biography “WHY SHOULD THE DEVIL HAVE ALL THE GOOD MUSIC” by Gregory Alan Thornbury.

In addition, Solid Rock is offering you a pre-sale opportunity to get the book in hardcover and an accompanying CD of tracks never-before-heard by the general public. This will only be available through Solid Rock pre-sale orders and not in the stores.

Here's a peek at the book:


Although he occasionally toured with a full band—especially at the zenith of his popularity in the late 1970s and 80s—the typical Larry Norman concert began with him wandering slowly out onto a darkened stage lit with a sole spotlight, his cheap nylon-string acoustic guitar hung around his neck. His contract called for a grand piano arranged at a 45-degree angle from the stage, with two boom mics on a stand (one for the instrument, one for vocals), and a pitcher of water and a glass. Center stage out front were two boom mics for guitar and vocal, set to the exact same volume level and a flat EQ—a request that proved to be a perennial source of conflict. Two speakers were positioned in front of the mics. Within a few months of playing solo, Norman had perfected his signature live sound—a folk guitar turned up to the point of distortion and vocals wet with reverb.
The concert setup was disciplined and minimalistic, and the act only worked if the audience was relatively quiet. At times, the atmosphere felt carefree and hilarious. At others, deadly serious. Norman would often quit playing if people started clapping during his songs or singing along. To Larry, if people were having fun at his concert, they probably weren’t thinking hard enough. He was less interested in people having a good time than in forcing them toward self-examination. On some occasions, Norman seemed so invested in antagonizing his audience that it felt like a fight was going to break out between him and the crowd. Then there were the conflicts provided by inexpert, church-volunteer help. Larry played major rock venues, he played the Royal Albert Hall, but he also played in churches or at venues operated by a ministry, where he often found that the people who had booked the show had not thoroughly read the contract they had signed and returned. In his early shows, he would notice that by the start of the show, the mic levels had been changed. Church sound men almost always preferred vocals to be louder than instruments, believing instruments and musicianship to be less important than the message. When Norman noticed the discrepancy, he would bring the concert to a grinding halt. Positioning the sound hole of his guitar in front of the vocal mic, he would strum a chord hard, and then immediately lower it to strum the same chord on the guitar mic. Different sound levels. Every time. Breaking the fourth wall, he would directly address the sound man, almost always a church member and volunteer: “Hey, could you set these two mics at the same level like I asked? This is rock-and-roll, okay? Louder is better.” The humiliated guy in the back of the room would comply.
The sound man shtick became a staple of the Larry Norman concert mythology. Norman sometimes made a joke of it: “Hey, could you turn the guitar up on the dial just past where it says ‘folk music’?” Other times he griped about the overall volume level in the room. Staring at the PA, he might say, “You know back in the war, they used to drop these [speakers] on the enemy, you know, because they couldn’t hear them coming.” Despite legitimate technical issues with his guitar volume, Norman discovered the routine had a serendipitous side benefit to making an example of the unfortunate fellow at the concert mixing board: it put the audience on edge. Suddenly, this wasn’t fun anymore. Larry would apologize afterward to the offended party, but the more one knows about him, the more one wonders whether he was really sorry. The routine functioned like a domination technique.
In addition to yelling at the sound guy, Norman would startle audiences by criticizing institutional religion, and discussing white Christianity’s trouble with systemic racism. He mentioned forbidden topics—everything from STDs to contemporary music, film, and art. Maybe the church never would (or could) be rock-and-roll, he was suggesting, and maybe that was o.k. Maybe the less regard people had for church, the more open they would be to the radical breaking-in of Jesus’s love. And maybe the less regard audiences had for him—Larry Norman—the more they might be interested in looking to God for spiritual direction...


CLICK HERE to reserve your copy and to get the exclusive bonus CD.