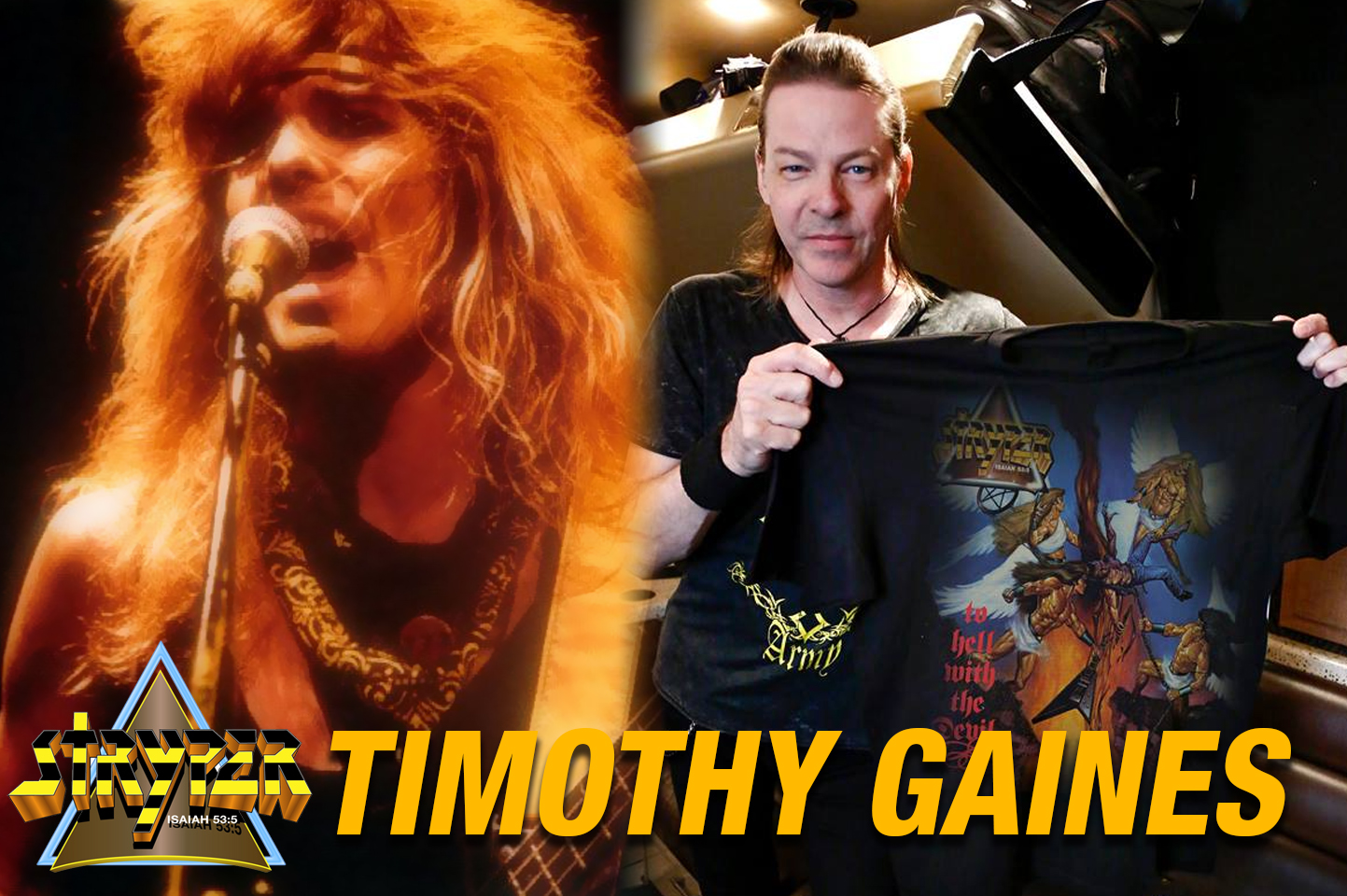 Is this how it all ends with Tim? I really don't know how to start this post, I think for those of us who are fans of Stryper, we have mixed feelings right now.
I want to be careful what I'll say, it's a really delicate subject, a matter of the private life of Timothy Gaines became something that has affected the band and somehow to the fans.

Timothy Gaines, once again becomes the center of attention of the band. We have witnessed the great work of Tim Gaines within Stryper for over 30 years, Except between 2005 and 2009 when he had been replaced by Tracy Ferrie, but apparently this has come to an end. We would all have wanted Stryper to finish with his four original members, however Tim Gaines decided to take a step forward.

In November 2016 frontman Michael Sweet alluded to a possible parting of ways during an interview with WSOU  when asked if the band would continue without Gaines.
Sweet: "That remains to be seen, but it's very possible, and I'd probably go as far as to say even probable. But we don't really know quite yet. It's something that very well could happen, absolutely. It is important for the original members to stay together. But, sadly, sometimes things happen that keep that from happening. People make decisions and choices, and, unfortunately, it does affect other people many times, and then you have to re-evaluate things. But that is the ideal situation, for it to be the original line-up. But, you know, sometimes things get in the way of that, and that's sad. But, again, thinking about it more and sleeping on it more, I think about how, you know, if we were to disband or dissolve or stop, it really wouldn't be fair to the fans, it wouldn't be fair to the other guys, and it's important to keep that in mind as well."
After months of rumors, Timothy Gaines confirmed his separation with stryper to the site KNAC.COM: "I am officially no longer a member of the band. It's been out there for about a year now that things have been going sour. It hasn't been officially said by either myself or the band, but, yeah, I'm no longer working with them."

Tim claimed that "But all hell broke loose". Nobody bothered to look into why I got a divorce. It was 20-years of a bad marriage, but nobody bothers to look into the abuse and all the stuff that went along with it. They just see me getting a divorce and getting remarried and come to their conclusions. So whatever. People will be the way that they are. There’s nothing I can do about it. I’m not the only guy in STRYPER to have gotten a divorce. Everybody in the band is married to divorced people. And I’m the bad guy, but everybody else has done it too, so? Whatever. Live in glass houses and everything will be exposed at some point or another.

After these statements, reactions came from fans, and his ex-wife Irene Kelly expressed through his personal account of facebook: 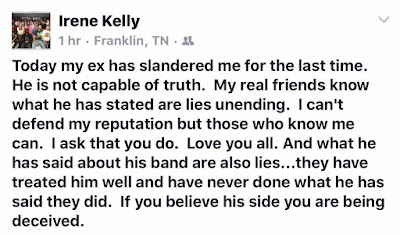 Friends, family and fans of Stryper showed their support for her, including members of the band as Oz Fox.

After Gaines publicly threatened to sue Stryper, it forced them to secure legal representation to deal with possible impending matters. “Tim is our brother and we love him but this has become a toxic relationship at this point and due to that, we cannot continue on with our mission and stay true to who we are and what we represent with Tim in the band,” said Stryper.


It is clear that the situation with Tim Gaines is delicate, although all us we love Tim and we would like to continue looking at him inside Stryper, we understand that his behavior is unprofessional, and somehow messes up Stryper's name.

It should be noted that this is not the first time that the band has some kind of problem with Timothy.

On 1986 Tim Gaines did not participate in the recording of To Hell with the Devil (Why?), and for a short period was replaced by Matt Hurich. Hurich was not with the band more than a month, Brad Cobb played bass on the album. However, when the promotional photos for the album were being shot, Gaines returned to the band and subsequently participated in its successful world tour.

On March 30th, 2004, Stryper announced the addition of Tracy Ferrie as the band's new bassist, without giving further details of why Tim Gaines was no longer the bassist.


This is the third time that Tim Gaines is separated from Stryper, unlike the previous ones, this time Stryper has 34 years since was formed in 1983. Will it be possible for Tim to return to the band within some time? Considering the age of the band, and that he is working on other non-Christian music projects, it seems that he does not intend to solve problems professionally.

Although Tim has wanted to defend himself over and over through his social networks, most of the fans of the band have criticized his attitude.

It really is very sad to see things end in this way. despite all the problems, we can not question in any way the talent of Tim and what he represents within Stryper, but I think Stryper is more important than a single member, if the Sweet brothers and Oz Fox are still standing, Stryper can continue with or without the original bass player.

In the face of this situation, we have only to pray for Stryper, for Irene, and for all the people affected by the behavior of his bass player. Pray for Stryper, pray for the next bassist to be a man who have fear to God, and share the love of God through Stryper, Pray that the next bass player can also say from his heart "In God we trust," Let us pray that the next bassist will be a "Soldier under the command" of God. But above all, we must pray for Timothy Gaines, clearly is who most needs God at the moment.

Stryper is an example of God's power in music, they were chosen for something great, and they have succeeded. Stryper has not been the only metal band with Christian messages, but has been the only one to gain respect and admiration within the metal world, regardless of whether the band has Christian lyrics. And this is not luck, they were simply chosen by God for this, as it happened with Larry Norman in the 60s, God chose in the 80s these guys to take his message along with the bigger metal bands of the world. They have been chosen to be light in a musical environment full of darkness.