Anthony Martinez 3/24/2018 10:41:00 PM
Roxx Records very proud to bring the music and story of Los Angeles California’s very own MALACHIA back to life for everyone to enjoy!


Malachia burst in to the Christian Metal scene in 1984 and were very well received with a metal style very reminiscent of early Queensryche. The bands very first full release was on vinyl only and very limited to only around 200 copies and was titled ‘Under The Blade’ this vinyl release is nearly impossible to find today unless you are willing to pay high dollar for a copy on the very rare occasion one pops up on the market. It was also released in limited quantity on cassette, but never on CD.

Up next the band would release what could be considered their swan song with the full length album ‘Red Sunrise’ that was available on vinyl and cassette tape only, never officially on CD.  All the while the band was playing live anywhere and everywhere they possibly could. Playing many shows including making some festival appearances like the Metal Mardi Gras show in California in 1987.

Up next and what would ultimately be the last fully released and marketed track from the band would be a song that made its way on to a very high profile compilation at the time called California Metal II.  Which the band actually recorded under the band name Vision at the time recording a track entitled ‘Runaway’. This compilation was headed up by veteran musicians and producers John and Dino Elefante who gave the track a very polished and professional feel.

After that the band would attempt to continue on, but alas the band would ultimately come to an end before ever officially releasing any music again. The band had actually recorded but never released quite a few more demo tracks over the next few years, but those tracks were never released, until now.

Roxx Records is very excited to bring you a true collectible and a little piece of Christian Metal history back to life. This very special 2 disc limited edition set has been meticulously remastered and restored, with many never before released demos being culled from the only known source of some of these tracks, a sole cassette tape! Working with Wade Little of Malachia we began to work on putting this whole compilation together, gathering the tracks, reviewing many band archival photos, flyers and band promotional items.

For the first time ever the original full length album Red Sunrise and the California Metal track have been completely remixed by producer Ken Roberts. Those tracks along with the tracks from Under The Blade and all of the unreleased demo tracks have been completely remastered and restored by Rob Colwell of Bombworks Sound for a total of 31 tracks in all, stretched over a full 2 disc set.

This compilation is not just a musical representation, but a complete story and visual glimpse in to the lives of a classic Christian rock band from the 80’s that tells the story of a band and their mission to rock the world and spread the word of God. Featuring new artwork, layout and design provided by Scott Waters of No Life til Metal, new liner notes, track by track write ups,  and stories from all of the original band members in a full color 16 page booklet and Limited to a one time pressing of only 500 copies.

If that is not enough to draw you in, this special package has two more very special limited edition items for you to get in on! There will also be a 3rd disc, limited to the first 100 orders that captures the band live at the Metal Mardi Gras show in 1987.  This is a very cool piece of the bands history, but it is pulled from a hand held recording and while it has been cleaned up, we still offer this as what we have officially dubbed the ‘Bootleg’ edition. This audio bonus disc is limited to only 100 copies worldwide!

But this last piece is what true collectors are going to want to get in on very quickly! Through Wade Little of Malachia we have purchased and will be offering a very, very, very limited 7” promotional record! There were only 100 copies of this promotional 7” record made and these are the very last copies in existence and they have been in storage for over 30 years. Brand new and unplayed, there are only 25 copies  of this 7” promotional single containing 2 tracks only.

Releasing worldwide on April 20, 2018  if you want to get in on any of these very special Limited Edition packages act fast and visit www.roxxproductions.com for pre order information, complete track listing and more information! 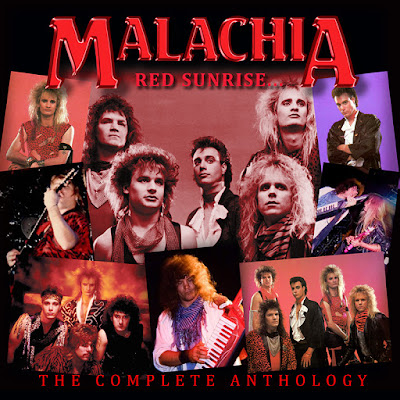