While touring as the lead role Claude, with the Broadway musical HAIR, Les Carlsen, lead singer of Bloodgood, put together material for an album with a group of musicians from Seattle. It was recorded in 1971, but never released until now. It was the first album ever recorded by Les, a lost treasure found on cassette and remastered by David Zaffiro former Bloodgood guitarist and now mastering engineer in Nashville, TN.


The song BAD CREDIT was re-worked and re-titled as IT’S ALRIGHT and recorded along with the song CHANGING ME both songs that found their way, many years later to the Bloodgood album, OUT OF THE DARKNESS. If you are wanting to experience early Bloodgood, this is for you. Flesh Failures and Let the Sunshine In were original HAIR songs.

Les originally wrote the song CHANGING ME for a clothing store in Miami, back in 1971, in exchange for clothes from their store including those Stars and Stripe pants that he's wearing on the back cover and disc face.

HAIR influenced Les's theatrical approach to all his music. Les’s vocals sound very young but the Les Carlsen 'sound' is unmistakable. The primal scream in SOMEDAY is a foreshadowing of the signature screams in later BLOODGOOD material. 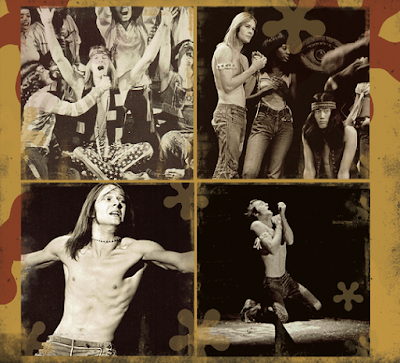 About Les Carlsen:
Les Carlsen began his career in a High School Band he put together called The Topic which primarily played High-School dances. Then in the the late 60’s he formed the band WORM which played in the underground scene in Seattle primarily in a place called The Vault, a underground venue. The band went on to change their name to The Front Page and played the Pat O’Day Dance Circuit in the Northwest.  That circuit included the Spanish Castle, which is the same Spanish Castle that Jimi Hendrix was referring to in the song Spanish Castle Magic also performed by Yngwie Malmsteen and Ace Frehley.

Les was hired to play Claude in the Broadway musical HAIR in 1970 which ran for 1750 performances and brought Les to the forefront as a real artist and vocalist.  HAIR influenced Les's theatrical approach to all his music.

After Hair, Le formed the Fred Schwartz Band and opened for great bands such as T-Rex, Blue Oyster Cult and Y&T.

In the mid 70’s Les and his wife Joyce formed a band called the Carlsen Macek Band and recorded 2 albums at Sea-West Studios. Those records were released Internationally but never in the US.  Les and Joyce (Carlsen Macek Band) did 6 TV shows, on Italy’s biggest network called The Rai Network during Saturday Night Prime-Time.

Les met Michael Bloodgood in 1985 and started Bloodgood, which would become of the best Christian metal bands of the 80’s.  Bloodgood has released 16 albums and videos to date with more on the horizon.