Anthony Martinez 2/25/2019 07:00:00 AM
A few days ago, David Huff announced through his Facebook page a new David & the Giants album. BOOM! Love reading that kind of very good news, and I love this classic christian music revival! Some old christians rockers joining forces and recording new music like the old days, teaching how to rock for the Lord. So personally, the answer of the name of the album, what are you waiting for, is of course, a David & the Giants brand new album!

This album will be their 18th studio christian album of this rockers long career, the first full studio album since 1996, and it features the original members, David Huff, Rayborn Huff, Clayborn Huff and Keith Thibodeaux. This original members and others muscians, incluiding David’s son, have been recording and touring since the band became Christian. When they disbanded and stop recording studio albums, they reunited several times playing at churches and events, even for their 40th anniversary, where they recorded some live tracks.

David Huff shared the samples of “What are you waiting for”. The songs have the typical classic melodic rock sound of the band. It is just David & the Giants doing what they know to do: still rocking. This guys are at their best and sounding great. David voice is flawless and Rayborn, Clayborn and Keith are still giants in the music. What to say.. I really loved listening to this samples, and made me wanting to listen to more.

You can preorder the album till its release on March 5. But some friends listened to it already! Larry Carter, a known christian guitarist (ex-McGruders, also worked with John Schlitt, Greg X Volz, Bob Carlisle), posted about the album on Facebook, and told us a short review: “Last weekend while David and I were in sacramento at the Rock Church I was extremely honored to be a recipient of This final mix of the forthcoming release... I must say that this is an incredible project, musically diverse and at the same time just classic David and the Giants. The production and musicianship is world class and Davids vocals are just over the top great. The title track "What are you waiting for" is an amazing song but my personal favorite on this project is "Under The Blood" Moving, Powerful and Anointed.. I have probably listened to this at least 10 times all of the way thru.. Awesome CD.”

I'm hoping to enjoy the record as much as Larry, I'm a big fan of this band and I think people needed this. Christian music needs this. A sincere production, with heart and soul, that carries a message from God, and shows that Christian music is more than what most people think it is. It is hard work physically and spiritually. So I am happy for the Christian musicians who lift up the name of Jesus, I really appreciate that they are not ashamed to praise Him in these times we are living. You can listen to the samples of the upcoming album at www.davidhuff.com 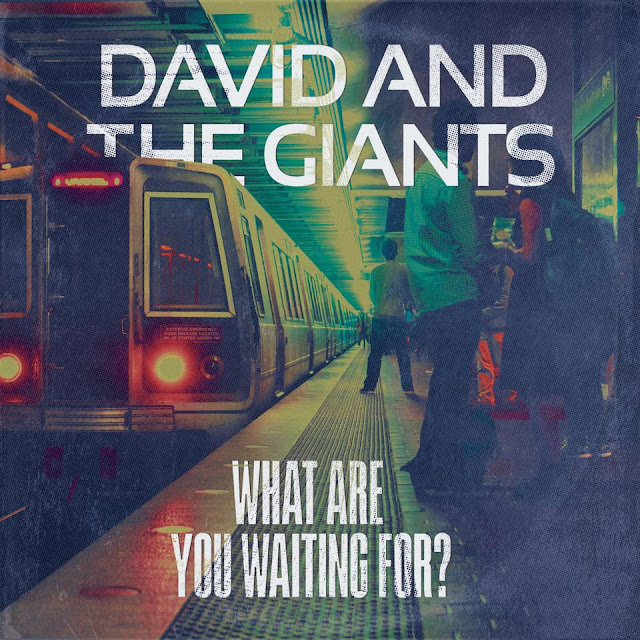