Anthony Martinez 4/07/2019 10:39:00 PM
Last April 2, the legendary singer Rick Elias, died of a brain cancer with which he was struggling for several months. The news was spread by family and friends close to Rick through social networks.

It hurts to say it, but this was no surprise, as we all knew about their fight against cancer. Last summer, we learned about the devastating diagnosis Rick was facing. His friend and bandmate Marc Intravaia (Ragamuffins) started a campaign at GoFundMe where many helped pay for medical expenses.

On February 2nd, the concert "The Jesus Record Live concert event" took place, in which artists like Amy Grant, Michael W. Smith, Mark Robertson, Jimmy Abegg, and Aaron Smith from the band Ragamuffins participated, with the objective of raising funds to support Rick in his fight against cancer. 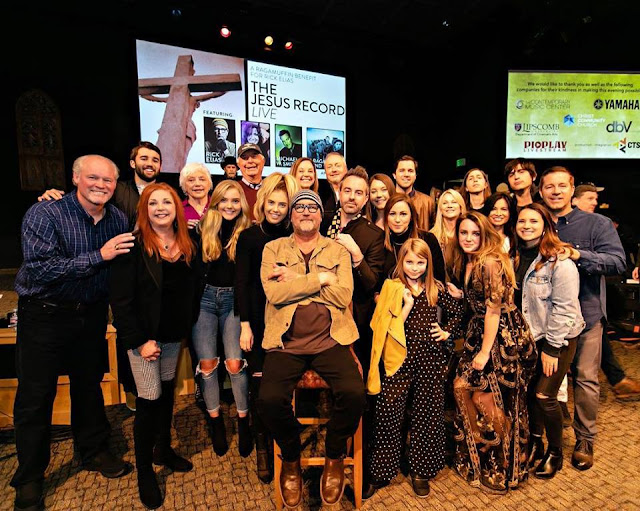 Although the diagnosis didn't give us much hope, we trusted God, we all hoped for a miracle to keep Rick with us longer, and miracles exist, I have no doubt about it.  But what better and greater miracle than the salvation and eternal life that Jesus gives us?  The Lord decided to take Rick to meet Him and show him how he has already overcome death and sin, so that now he can enter into the joy of our Lord and never suffer again.  For those of us who still remain in this world, it is difficult and painful to lose someone, but we must trust that one day when we are called victorious to meet the Lord, we will meet again with our loved ones who gave their lives to Jesus.

Richard Robert Elias was born on January 7, 1955 in Nashville. An excellent musician and person is gone. But while he was alive he gave us wonderful music and unforgettable special moments that will be treasured by his loved ones and by history books as an outstanding artist in the history of contemporary Christian music. Recognized for being a founding member of Ragamuffins band with Rich Mullen (R.I.P), he was also recognized for his solo career, as a producer, and for his compositions for film and television.

Rick's first band was a progressive rock group called Harlequin, formed in the 1970s when he was still attending college. He then recorded several solo albums with the Rick Elias Band, and was also part of The Monroes band briefly.  Bob "Monroe" and Rick Elias also played together in the band Vision.

In 1990, he released his debut solo Christian rock album as Rick Elias and the Confessions under the label Alarma Records, this was recognized as one of the 100 best CCM (Contemporary Christian Music) albums at 48th place and the single "Confession of love" at 4th place out of 40 best Christian music songs by CCM Magazine.  Several of his works have been awarded by GMA, UCMVA, the Nashville Music Awards, Dove Awards, among other.

Rick wrote songs for the movies That Thing You Do! by Tom Hanks, Dawson's Creek and My Big Fat Greek Wedding.

He was a co-founding member of Ragamuffins band formed by Rich Mullins in the 90s where they released several albums from 1993 to 2002.  In addition, he produced albums by artists such as Michael W. Smith, Amy Grant and Aaron Neville, and collaborated in the songwriting of the songs "You must have been an angel" and "On my Knees" for Bob Carlisle's album Butterfly Kisses (Shades of Grace).


We mourn his passing, and we want to accompany the family in these difficult times with our prayers for the Lord to embrace them and fill them with comfort, God gather all his tears and transform them into power and renewal fountains.

Recalling a couple of biblical passages:

I have fought the good fight, I have finished the race, I have kept the faith. Now there is in store for me the crown of righteousness, which the Lord, the righteous Judge, will award to me on that day—and not only to me, but also to all who have longed for his appearing.
2 Timothy 4, 7-8

For to me, to live is Christ and to die is gain.
Philippians 1:21 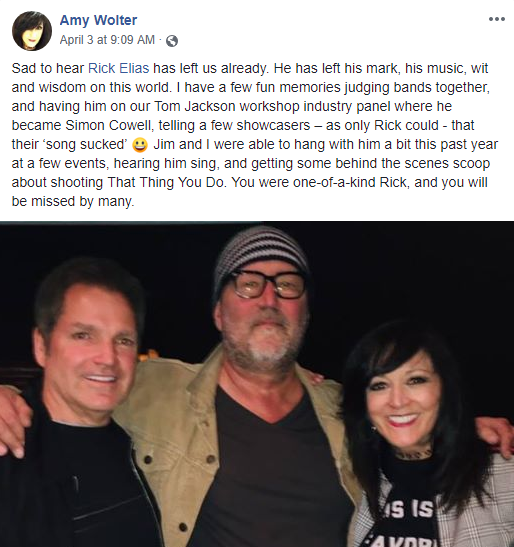 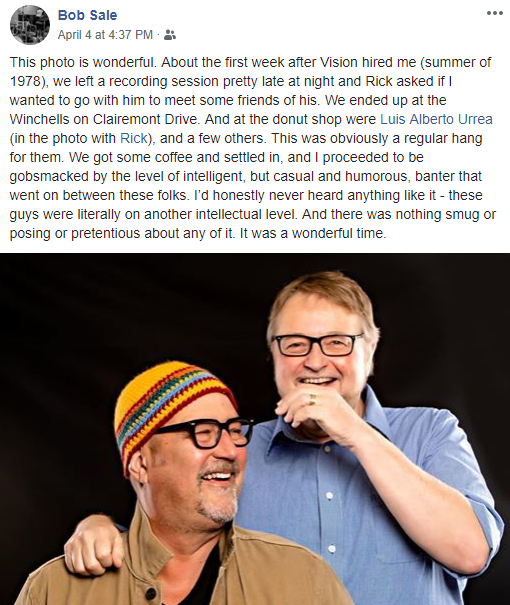 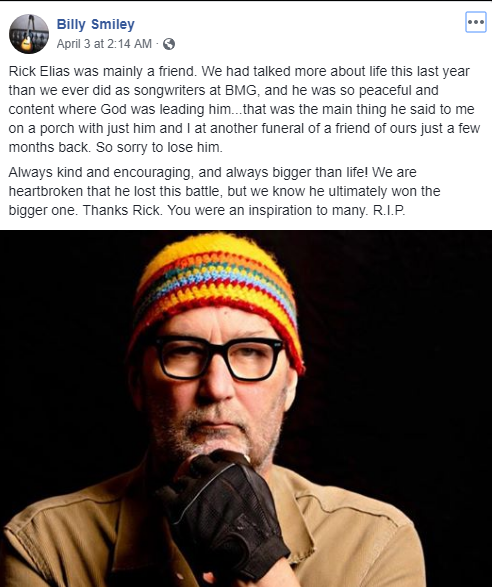 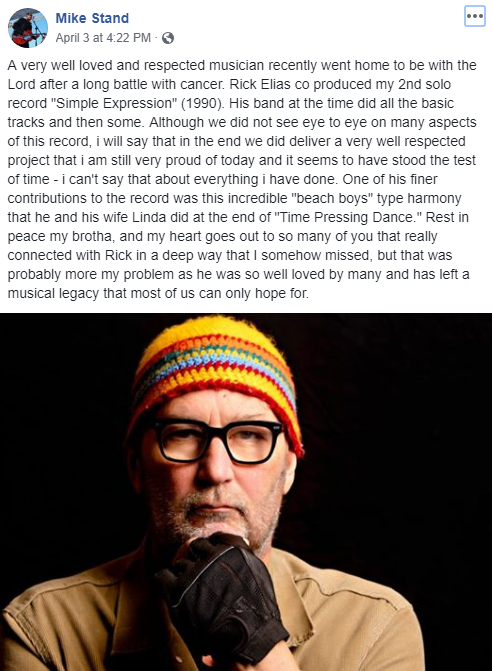