It is a blessing to have finished another year and to know that our artists continue to make music for the kingdom. Many have left the music scene, and I can understand that because they have dedicated many years of their lives to it, but it fills me with pride to know that there are still several of our old artists making great music and without losing the main objective which is to exalt and make known the name of Jesus.

As always, I must clarify that the artists included in this list are those who are directly or indirectly related to the tag "Classic Christian Rock", well, that's the name of our webzine, what do you expect? I know many people don't like tags, (Sorry Michael Sweet), but these can't be changed when they are already positioned in the world, so like it or not, here are the 10 best Classic Christian Rock albums released in 2019. All the artists have a long history and have played different styles of rock and metal.

Before we start I want to make a special mention to three great albums released this year that do not appear in this ranking, which does not mean they are bad productions, "For The Wounded Heart" by the band Fear Not that unexpectedly returned after 25 years, this is really a beautiful EP worth listening to. As well as Mr. Dale Thompson's two powerful albums, Nothing's As Real As It Seems, the third album from his band The World Will Burn and Between The Altar & The Cross, the second album from Perpetual Paranoia, these two powerful productions have been made remotely with musicians living in different countries being led by Bride's spectacular vocalist, Dale Thompson. You definitely have to listen to these albums as well.

Well, without further ado, I invite you to see the Top 10 albums of 2019. Don't forget to share and leave your comments. 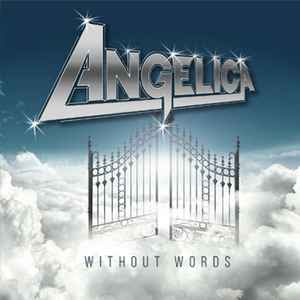 Launched on August 30th, 27 years after its last release. Dennis Cameron brought back the band Angelica (Well, he's the only member)  but in an unexpected way. Wihout Words is really literal as there are no vocals, it is an instrumental album where it is Dennis' guitar that speaks to us fluently in the 10 songs, yes, you can really hear the guitars speak to you on this album.

Something I love about the older guitarists is the way they transmit emotions, prioritizing it over the technicality.  That's exactly how you listen to Dennis Cameron's work, you don't have to be a guitarist or a lover of instrumental albums, I can assure you that this album will capture your attention from the first song to the last, don't underestimate it. 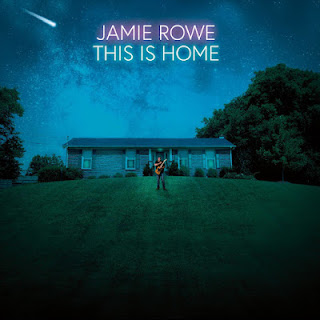 Released on August 16th, Jamie Rowe returned to the music scene, with a Country album called This is Home, or as Jamie best describes it: 'Two Shots of Country, Three Shots of Rock... mixed with a splash of pop'. This is Home becomes his third solo album. Jamie is one of those artists who, when announcing new music, makes everyone pay attention. Undoubtedly, this album has not let anyone down and has received a lot of positive feedback from different digital magazines. The album has been produced by the former leader of the band Taylor Swift, Jamey Perrenot, and financed entirely by the fans through Kickstarter. I really love this album, although sadly it feels quite short as it is only 8 songs, and a Bonus Track. 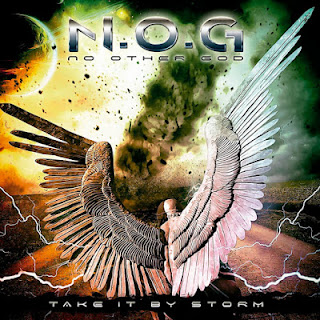 Released on February 8th, Take It By Storm is the debut album of No Other God. If Bride, The World Will Burn and Perpetual Paranoia have not been enough for Dale Thompson, well, it's time for No Other God, this is Dale Thompson's third metal band during the last decade. Although Dale is mainly known as Bride's singer, in recent years he has been standing out for his work in three bands with people from different countries simultaneously. I don't know anyone else who is expanding their musical talent the way Dale is.  This year Dale released three albums with these bands, and the first one was No Other God's debut with their album Take It By Storm, musicians from Brazil and New Zealand under an American record label present us with a really amazing, versatile, powerful and musically violent album (Does that term exist?), well if it didn't, now No Other God has made the term exist. 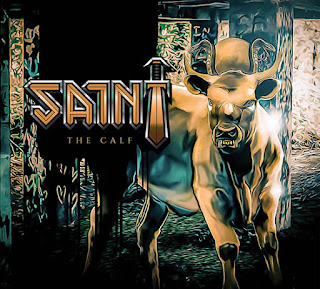 Released on December 11th, The Calf is the 12th studio album from one of the most powerful Christian metal bands in history. Personally, it is still difficult to listen Saint without the voice of Josh Krammer, however, we cannot discredit that Dave Nelson is a great singer. Saint's music is so powerful that it still with different singers since 2012, we still enjoy the great quality that this band has to offer. This is one of those bands that I consider Underrated, not only could it be considered one of the best of Christian metal, but one of the best metal bands of all times, oh yeah, for some it can It may sound exaggerated, but for those of us who know the music of this band, we know that they are a heavy metal shredding machine. 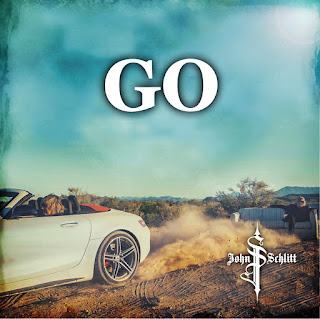 Launched on December 23rd, last minute, before Christmas, but no, it is not a Christmas album. It is irrelevant to say that it is a "Good / incredible / wonderful album, all the albums of John as a soloist and with Petra are really great, Go is no exception. Sweet melodies, direct lyrics, and John's great voice that doesn't seem to change at all after so many years.
I think John didn't want 2020 to come without having launched Go, so on December 23rd he launched digitally on its website, is not yet on any digital platform, and it will apparently take a few months before Go will be available in physical form.

5  David and The Giants - What are you waiting for? 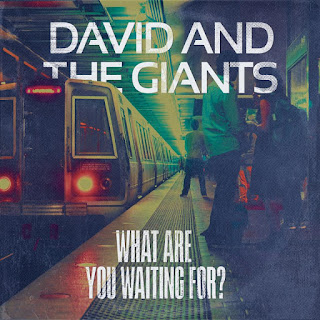 Released on March 5th, What are you waiting for? is the 18th album by one of the oldest Christian music groups still in existence. Besides being the first album since 1996, this sounds like something fresh but with a classic sound of the 70s or early 80s and subtle elements of country music in each song, I know that I'm not exaggerating when I say that it is also one of the best albums of the band, if you are a fan of the more classic sounds, this is for you. 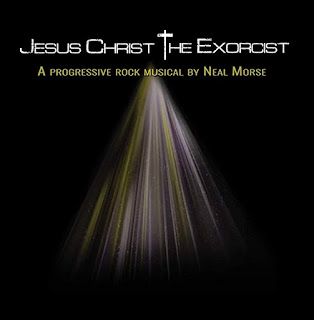 Released on June 14th, there are a million things that could be said about this album, but we can sum it up by saying Jesus Christ - The Exorcist is simply a masterpiece of progressive rock/metal, nothing more than that, this is just for people with good musical taste. This is an opera with highly virtuous musicians, 26 spectacular songs, none of them boring, there is not good songs, they're all excellent songs, a wonderful chorus, and if you're a connoisseur of newer bands, you'll be thrilled to know that Matt Smith of Theocracy He's here. 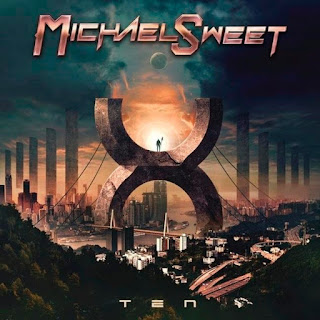 Released on October 11th, Ten is Michael Sweet's 10th solo album. You often hear people say that Michael's solo albums are not as heavy as his Stryper albums, however, since his previous album One Side War, Michael has shown again that as a solo artist he can also sound as heavy as a stryper, Ten is new proof of that. His sound reminds us of the days of Soldiers Under Command or To hell with the Devil, although with a higher quality production. This is an extremely charming album for all of us metal and stryper fans. Something important to mention is the fact that Michael invited celebrities for this album, Jeff Loomis, Marzi Montazeri, Howie Simon, Gus G., Rich Ward, Ethan Brosh, Joel Hoekstra, Tracii Guns, and Todd La Torre singing Son of Man, as Pastor Wildman said, one would think that Michael would make the lyrics soft because people like Todd are atheists, but that's not the case, Michael is open about his faith, and seems to be the only person able to get thousands or one celebrity atheist to sing Jesus without hesitation. Isn't that great? 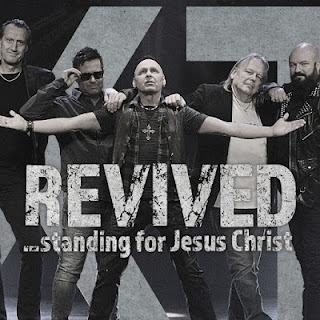 Released on April 26th, Revived becomes the 5th studio album of this Swedish band formed in the early 90s, led by the extraordinary guitarist Björn Stigsson and one of the great voices of metal little known, Sonny Larsson. I have always thought that XT has been a band in some way underestimated and have not received the attention they deserve, their music is far above that of bands quite popular. If you've never heard them before, feel free to listen to this album and will surprise. 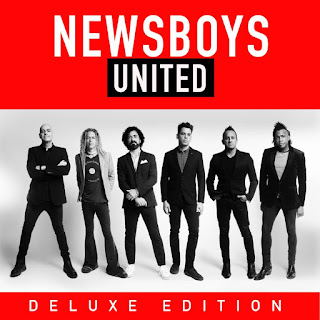 Released on May 10th, this album marks a fourth era in Newsboys' history by bringing back Peter Furler and Phil Joel along with the current lineup, thus uniting the band's two most successful eras into one album. And if that's not enough, there's also a collaboration with Kevin Max, becoming in some ways a small fusion between Newsboys and DC Talk. The combination of Furler and Tait brings us a combination of sounds, it's not a two halves album, this has exceeded the expectations of many, except for those who believed that United would be an album with a 100% Furler sound. A few days after the release, it got a nomination to the K-LOVE Fan awards and recently to the WeLove Christian Music Awards.

Three weeks after the release, United was ranked #1 on the Billboard Christian/Gospel Album Chart and #20 on The Billboard 200. Not only is this the best album of the year (according to many online magazines), it is also the most important event in the Christian music industry in 2019.
Facebook Twitter