Darrell Mansfield is not only one of the greatest artists of Christian music, but also in the mainstream he has had collaborations for great bands like Van Halen or Bon Jovi.

During the recording of the Bon Jovi's New Jersey album, Darrell gave Jon Bon Jovi harmonica lessons at Little Mountain Studios in Vancouver, British Columbia, Canada, to the solo he played in the song Love for Sale.

In the pictures, you can see Jon Bon Jovi, Darrell and his 2 year old son, Jonathan Mansfield . 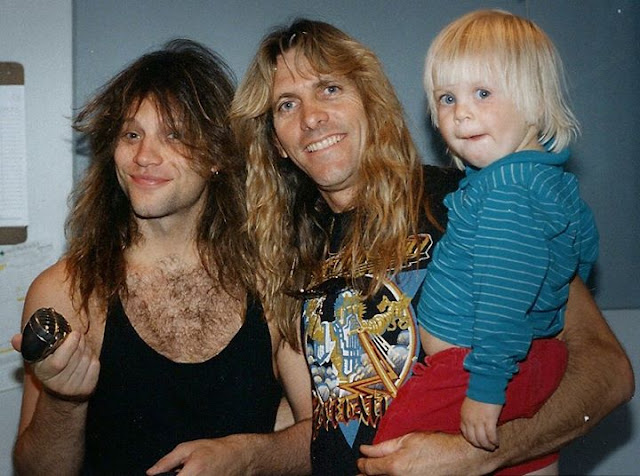