Legendary and emblematic Christian metal band Stryper, have released their new song "Make Love Great Again" which is part of their upcoming studio album "Even the Devil Believes" which will be released on September 4th via Frontiers Records.
Michael Sweet describes the song as: "a mid-tempo machine that takes you back musically yet moves you forward lyrically."
"We're incredibly happy to write a new chapter in the book of STRYPER. This album was recorded during the pandemic, and I believe the message pertains to the times we are living in so perfectly. It's a recording of hope and inspiration and a light in the darkest of times."
"It has an energy unlike any other album we've done," he asserts. "We even pulled a song from the past that has never been heard or released, and by doing so we brought a little bit of 1989 back into the mix."  Says Michael Sweet about the new album.
"Even The Devil Believes" track listing:
01. Blood From Above
02. Make Love Great Again
03. Let Him In
04. Do Unto Others
05. Even The Devil Believes
06. How To Fly
07. Divider
08. This I Pray
09. Invitation Only
10. For God & Rock 'N' Roll
11. Middle Finger Messiah 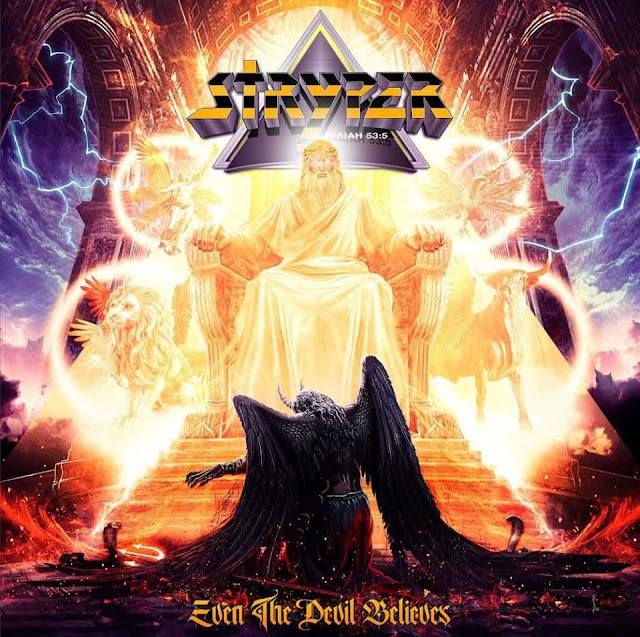