In case you haven't heard of Love Song before, let me just say that this is perhaps the greatest and most important band in the history of Christian music, having said that, I can begin with this article.

Formed 50 years ago, Love Song became the quintessential Christian music band of that era. With a mix of rock/pop/folk, Love Song would be a musical emblem of a generation and a movement that changed the history of Christian music forever.

It is not strange that the youngest fans of Christian rock do not know about Love Song, but they do know about the Beatles ( To mention an example ) and many secular bands. The mainstream media has never been interested in covering Christian artists unless they are of economic interest, while the Christian press has rarely been interested in spreading music that is not accepted by the majority of traditional Christians who do not accept "secular" musical styles to share the message of salvation.

Recently, the band has announced that it will release a documentary, there are not many details, however, Love Song is accepting donations from their fans to help complete the project.

<< ROCKUMENTARY out soon! To contribute a financial gift to help us complete the project and to learn more, click below! We are so excited to share the stories and images from this unprecedented time in history, with those of you who were there and with the younger generations. >>

If you are interested in making a donation, please visit the following link
http://www.lovesong.band/donate.html 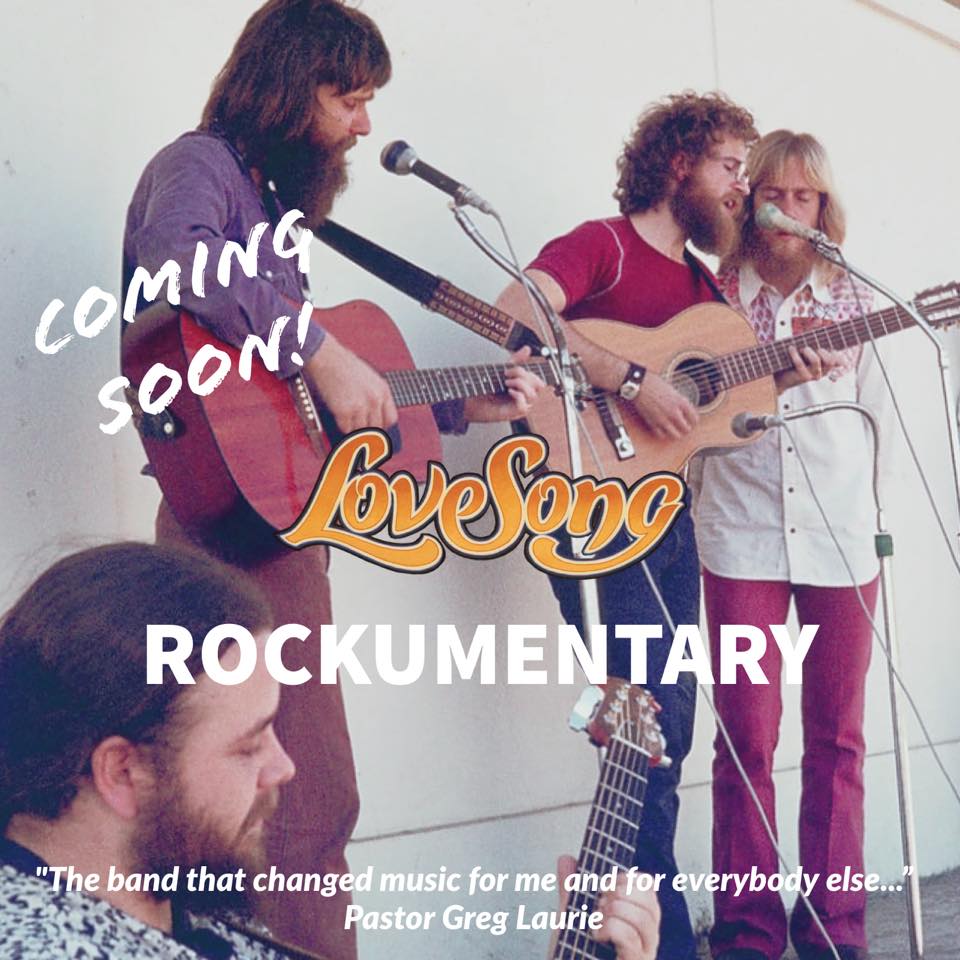