During the last years, Petra's concerts are very scarce, and every time they announce a concert, everybody pays attention since it is not known how much time will pass for their next show. If you are a big fan of Petra (and you live near where the concerts will take place) this article is for you.

On March 21st, it would be the day that the legendary band Petra would perform two concerts on the same day in Steelville, Missouri. Unfortunately, the events were cancelled due to the pandemic Covid19.

Recently, Petra has announced that she will perform two concerts in the same place and at the same time where they had been announced since the beginning of this year:
October 18th,
Meramec Music TheatreMissouri 8, Steelville, MO 65565Steelville, MO 65565
TWO SHOWS!
2pm Concert
5pm Special Meet & Greet Dinner
8pm Concert
It's a GO and we're NOT cancelling! , can be read on the band's facebook page.
Bob Hartman, John Schlitt, John Lawry, Cristian Borneo and Greg Bailey, will be the lineup that will be played in these concerts.
Be sure to buy your tickets at:
https://bit.ly/3lBYt19
https://bit.ly/3lKg5bB 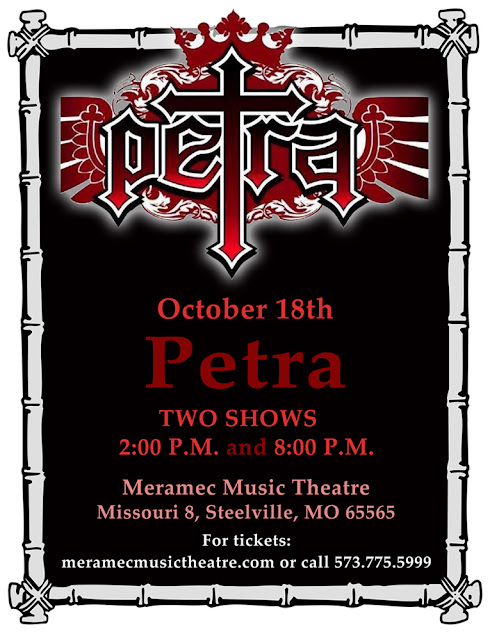