Anthony Martinez 1/01/2021 07:06:00 PM
After several years, former Barren Cross singer and one of the greatest voices in Christian metal, Michael Drive Lee, returns with new music and a new band called Gale Force.
Mike Lee has been in the studio this year writing and recording new music for two bands, the first is Gale Force, which comes out to finish 2020 with their debut album, Subhuman. Fans of Barren Cross and Mike, will be excited about this album.
Gale Force met together as a band for the first time in a Los Angeles restaurant called the "Cheesecake Factory" (Pasadena, CA) on March 24, 2019.  The very first song that they wrote as a band (even before they were officially a band) was "Crash & Burn" (which turned out to be the first official video as well)- The guys collaborated together recording their parts in their studios, and Michael wrote his vocal parts and recorded them in his studio, then presented the completed track to the rest of the band.  Melding different musical styles together, the chemistry between them was obvious. Shortly thereafter, they officially joined together and became a family, and Gale Force was born.  The guys worked hard on the album for the next year and a half, and "Subhuman" was officially complete in its entirety on October 14, 2020; a date which also happens to be Michael Drive's late father's birthday.  "I wish he could have heard this, he would have been proud" said Michael.  Throughout those first 19 months - song by song, the results of their musical chemistry became clear: Gale Force was NOT just another band.  They had something real, and something special!
Gale Force is:
Michael Drive Lee (Barren Cross) - Lead Singer
Tracy G (DIO) - Guitars
Paul Alfery - Bass
Randy Oviedo - Drums
The album is available on digital and CD on:
https://galeforceband.com/ 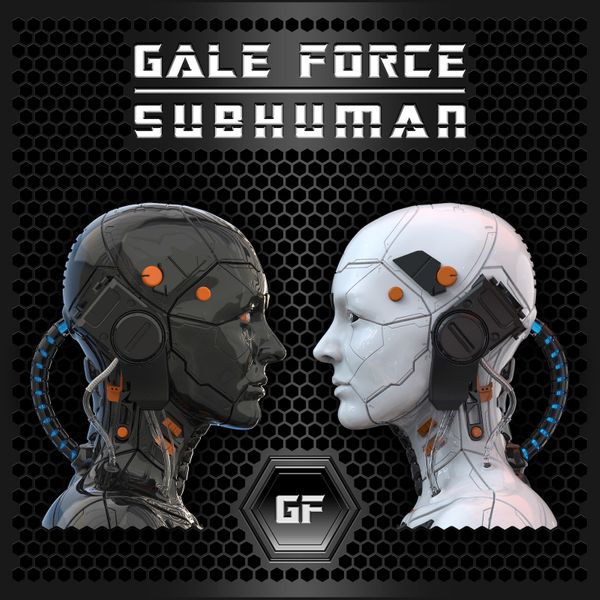